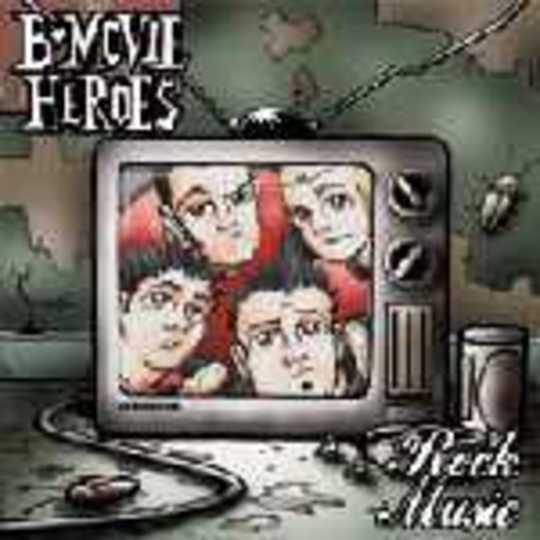 Yeah, lets get what we know out of the way. The band are formed with part of the remminance of The Yo-Yo's and are signed to Changes One. But did you know they have made one of the best little rocking 6 track (7 actually but we will get to that later) mini-albums released in the past few years? I didn't think so!

'Lie Down & Die' is a superb opener (and you can download the full track here. From the uptempo drumming to the infectious riffs to the gabble-along lyrics 'Why don't you, why don't you lie down and die?'. Old Blue Shoes takes the band into territory that I thought was reserved for bands like CO_Dot with the foot tapping, head jiving sporadic guitars and yet ANOTHER sing-a-long chorus... this song just makes you wanna be there in the pit and bouncing your proverbial ass off!

'Cheap Surrender' starts off like Jesse James live fave 'Black Sheep Generator' but regains it's own identity a few seconds in.

'On The Outside' for some reason makes me think of Rocket From The Crypt yet for the life of me I can't work out why! Lyrically cool in my eyes 'Someone left a text message with my head... wish you were dead!'

The closing track is just plain darn odd! You can hear the band laughing in the background as they sing a hillbilly style song about not having weed... my friends, THAT is special!

As Lloyd Grossman would say, lets look at the evidence. A manga style front cover, one of the best dance-around-like-a-loon rock albums since Terrorvision's demise and on top of all that it costs just £5 from the Changes One website... who would listen to a band like this? I WOULD!!!