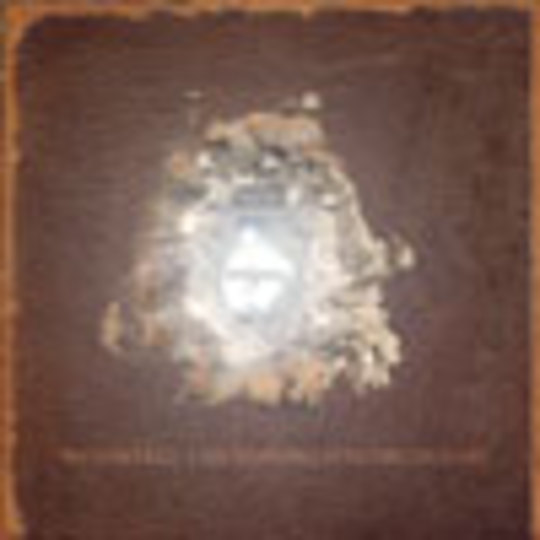 Initial impressions, so often deceptive, are nevertheless of utmost importance to the would-be reviewer. Case study: me. I come home from work every day to find a small collection of padded envelopes, often bound by a single red elastic band, waiting for me by the front door. Lucky me, you might think; I think otherwise. With so many records coming, it’s inevitable that considerably fewer will ‘go’ anywhere – here, for example. Thus, it’s the initial impressions that count – if the first few moments of a record are poor, onto the backburner it goes. If, however, the first few moments are blessed with a beauty uncommon in any form of music, then the record in question becomes an immediate must-do. Reigns’ debut album is such a record.

Only this review hasn’t been immediate – I’ve been fortunate enough to own these ten tracks for some six months or so prior to their official release. Only now do they see that light at the end of the tunnel, as bright as the sunlight that graces the album’s cover. Somewhat ironically though, this isn’t the end of any tunnel, as We Lowered A Microphone Into The Ground tells the tale, through music, of exactly such an activity. You, the listener, are meant to believe that a number of the noises contained on this disk are found sounds, recorded in a hole on the Dorset-Devon border by a pair of brothers. Amongst the noises are voices – some eerie, some foreign, all apparently captured at the aforementioned source – that propel the music towards an uncertain end.

Getting there, though, is some kind of bliss. These ‘songs’ are as rich in feeling, and in soul, as any lyrically assisted efforts, gentle piano lines crafting imaginary scenarios capable of consuming any commuting listener. Indeed, only the other night I escaped from Piccadilly Line hell into a faraway land full of mystery and intrigue, with no more than a £20 CD player and this to guide me.

Following the story – the songs progress in complexity, after a fashion, as the microphone is lowered – isn’t essential; tracks like ‘Buried Chandelier’ (all pounding post-rock drums towards its end) and the impossibly beautiful closer ‘Glassworks’ hold their own regardless of their place in the bigger picture. The music is never rushed, and even the comparatively unsettling moments – ‘Translating’ for example features a ghostly voice relaying messages to its daughter – are exceptionally beautiful. The overall feeling is one of understated grandeur – this album’s creators know they’re talented, but aren’t about to get unnecessarily self-indulgent – and whilst that initial impression merely implies that We Lowered A Microphone Into The Ground is a diverting and pleasant instrumental record, repeated plays reveal an album rich in content and longevity.

The one minus (and I'm really clutching at straws here) to this collection of multiple pluses is that there's no sense of closure to it all - the final track fades gently to black rather than finishing our story with a bang. Questions remain - whatever became of the brothers brave enough to stir the spirits of the Earth? Will the ghosts consume them? Perhaps a sequel will explain their fate, providing guilty parties are of a stable-enough mindset following this adventure.

Call this music folk, electronica, whatever you like – the fact of the matter is that there won’t be a better release of its kind all year, and that’s the opinion culled from many, many listens. If any of those envelopes prove me wrong, I shall publicly eat my words. Unless those ghosts take me first...