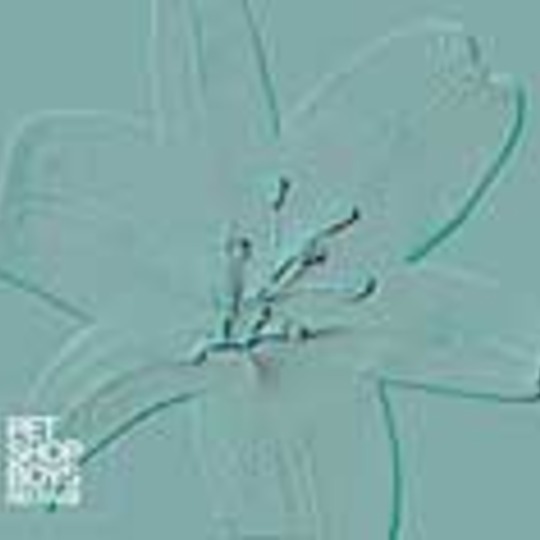 Some 18 years on since 'West End Girls', the Pet Shop Boys have returned – yet again – with their 9th album, 'Release'. Unlike just about every other influential 80’s synth-pop band (Soft Cell* or *Human League to take just 2 examples), the **Pet Shop Boys never split up, never faded away into obscurity; and somehow remained just one step ahead of the rest with a stream of consistently brilliant singles, consistently redefining and updating their sound so you never knew what they would come out with next.

The 90’s weren’t anywhere near as kind: after reaching the career classic of 'Very': a brilliantly upbeat pop album where just about every track was vying to be a hit single in waiting, 1996’s 'Bi-lingual' was a more subdued, downbeat, coming out album. 1999’s 'Nightlife' refined, rather than re-defined, their sound, and was yet more of the same. Unfortunately, the latest **Pet Shop Boys “release” (their pun, probably) continues the same downward trend.

'Release' seems shortchanged and lesser formed than their previous releases. Seems like doing backing vocals for Robbie Williams, playing with Suede, and playing festivals have led to what appears to be on the surface, a radical re-invention. With the advent of a live drummer and bassist, for the first time the *Pet Shop Boys seem to be one step behind the times rather than 1 step ahead of it. 'Home and Dry' (first single off the album, and first track) sounds worryingly familiar, until you realise it could be a lovesick Robbie Williams mixed with Cher’s 'Believe' (thanks to that worrying vocodered vocal that grates more than a cheese factory). 'I get along' could almost be the *Beatles with a synth machine. 'Birthday Boy' is almost the worst track on the album , thanks to splatterings of Johnny Marr’s uninspired, workmanlike guitar and a guitar solo that seems to be lifted entirely from the melody line of **John Lennons 'Merry Xmas'. 'London' is a great single in waiting, but 'e-mail' is just naff. After all, Nothing dates as quickly as the future.

As for the second half of the album… 'Samurai in the Autumn' deserves special mention for being almost the worst song the Pet Shop Boys have recorded. It starts off with a futuristic two-step/garage beat that seemed like a good idea at the time: spot weld a pretentious lyric to it and you’ve got the right idea. Its just that halfway through the song it turns into something that electro-pioneer Giorgio Moroder has decided to turn it into a 70’s camp hi_NRG gay disco classic, but failed miserably, and then abandoned. That’s not a good sign. Neither is the penultimate track 'The Night I Fell in Love', which aside from namechecking Enimem’s 'Stan', is a paen to either i)underage homosexual groupie sex ii)groupies in general or iii)paedophilia (as evidenced by the line that talks the younger sexual partner, having already been picked up backstage by said pop star states 'But I thought that was cool /'cause I was already late for school'). Devoid of any irony, it has an discomforting effect that taints the whole album. It's probably meant to come across as some wry comment on sexual exploitation, but fails completely. And if anything, the closing track 'You Choose' evokes the atmosphere of Suede’s 'Saturday Night' to the point of plagarism.

Ultimately, 'Release' is the most disappointing *Pet Shop Boys album in a long long time, and is their least consistent, least rewarding album yet; a badly judged commerical and artistic step sideways, if not backwards. Its not so much a case of growing (dis)gracefully, just growing old. Unfortunately for them , it shows. They’ve suddenly looked behind them to realise that no-one is following behind - but has overtaken them, with only the dwindling die-hard audience behind them anymore. The *Pet Shops Boys were a band that once were timeless, but now seem totally out of time, totally out of place, and treading water with Radio 2 as their future.

They’ve become a band with a great future behind them, and unless their next album is truly something exceptional, there’s no way to stop their artistic and commercial decline.