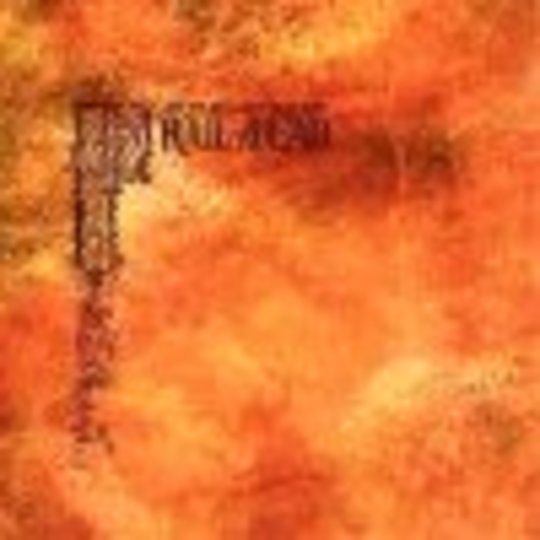 In 1998 whispers of hope came to these shores. Hushed talk about a band possessed by the twin ghosts of hedonism and rock’n’roll. Of kids that looked like These Animal Men. Of Sonic Youth without the art school tendency to use the sound of wood decaying or pylons as the basis for a ten-minute song. Of a band who were feverish with intent to actually do something of worth.

By the time the millennium rolled in much of Britain had been devastated by their fiercely intense live appearances, their wild-eyed zeal for the darker side of Native American mythology, and their consumingly brilliant second album ’Madonna’. They could be heard shouting things like: “Goodbye children of the promised future!” as they left stages in shreds, Kevin Allen smiling like some fucked-up, yet satisfied, old man, as he held together the chaos from behind his guitar. Both the bullshit interview responses and the reports of regular post-gig hospitalization were lapped up by the music press, like water to dying dogs.

Last year their recording contract with U.S. indie tastemakers Domino ran out and everyone agreed that it would be a good idea to be with Interscope. In such an impassioned band surely a Nirvana-Nevermind scenario was far more likely than a Bowie-Tin Machine mishap.

However, as Jason Reece handed a defunct guitar to the foaming crowd at this year’s NME Astoria show, he came out with: ”If something’s broken, you may as well break it some more”. In a comment that dismissed not only his guitar, but the idea behind any Health Service or repair company, idiocy shone through, and it seemed that maybe something was wrong.

As it is nothing is wrong as such. Just different. ‘Source Tags & Codes’, on many levels, sees …the trail of dead slow down a little, intentionally or otherwise. Despite the ranting metal stomp of ‘Homage’ and hateful, knife-fight guitar that comes with ’Blood Rites’ this record is more thoughtful from the outset. The mournful piano introduction is the soundtrack to waking up and finding you have a new and beautiful face, but very badly wrinkled arms. A far cry from ’Madonna’s’ war-chant opening. And as with Aphex Twin’s last effort, a sober start ushers in a less balls-to-the-wall album, from an act known for an arsonist’s approach to their craft.

Although Reece and guitarist Conrad Keely still spit their acid-words like they were alive in their mouths, it’s often beauty, rather than angst, that takes the lead. It’s the searing guitar and golden mid-section sweeps that drive ‘It Was There That I Saw You’. It’s the melodic Velvet Underground pop rock of ‘Baudelair’ that jumps out. It’s the disappointment-riddled vocal and optimistic, situation-analysis that draws ’Relative Ways’ through ‘After the Laughter’ and out, into the title track. In fact the song ‘Source Tags & Codes’ is as ballad-like as this band are ever going to get, it’s disillusion-lyrics slowly rolling up to it’s chorus-sister and kissing it very softly on the mouth. It’s incest, but it’s also the most out-and-out heart-breaking melody they’ve managed to nurture. And that’s an important step for a band possessed by the twin ghosts of hedonism and rock’n’roll. It’s hard to see the Hives or the Pattern following it. That’s why this is such an important record in the …And You Will Know Us By the Trail of Dead saga. The vitriol’s the same. The drum rolls are the same. The hair-dye-and-bowl-cut’s are the same. The attitude’s the same. They’ve just taken a step forward.