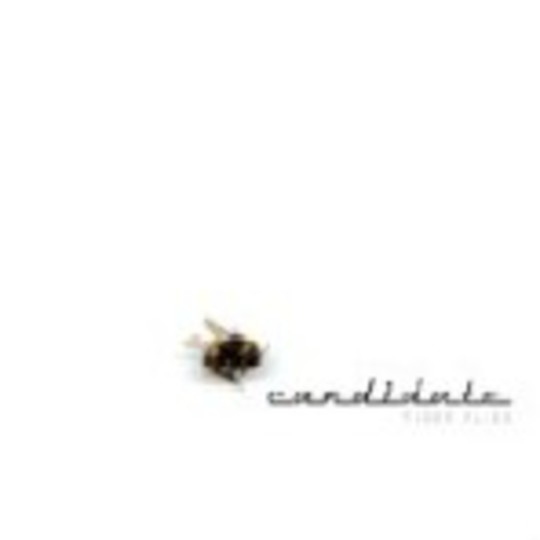 ‘Tiger Flies’ would be a great album if it weren’t for half the tracks on it.

That might sound odd, but a handful of the 14 tracks on Candidate’s earthy, folky second record show real class – they’re just swamped by the dross around them. Of course, even classic albums have dud tracks (is there anyone who doesn’t skip ‘Fitter, Happier’ now?), but here there are just too many to bear. ‘Tiger Flies’ clocks in at just under 50 minutes, but it feels like it lasts twice as long.

That said, when Candidate are good, they are very good. The short, hymn-like opener ‘Avalanche’ sets the yearning yet strangely optimistic tone that characterises the rest of the album – expecting the worst, suffering the worst, but somehow knowing it’s the worst makes it better.

The best songs unfurl themselves slowly, coaxed out by jangling guitar lines, see-saw basslines and folky harmonies, the most poignant of these being supplied by ex-Delia singer Alex Donohue. The mystifyingly-named ‘Hawaiian Police’ is a standout track, with its breezy harmonica and carefree lyrics (apparently about waking up on New Year’s Day 2000): “Hey, this could be our century / Where, where will it take us? / Where will it go? / Where will it all go wrong? / I don’t know / And I don’t care / At all.”

‘Honey’ shares ‘Avalanche’’s haunting atmosphere, with a chorus that makes the hairs on the back of your neck stand up. Cooling electric piano chords and a twisting acoustic guitar light up this poignant song of loss: “And when the honey comes out / The world seems better that way / But when the honey runs out / They’ll leave you empty and grey.”

But then Candidate go and spoil it all with irritating filler. ‘Cactus Jack’ and ‘Hangman’s Waltz’ are smug, lumbering and lazy, and – what’s worse – lodge themselves firmly in that part of the brain that loves to play annoying songs on loop all day. Other tracks that should never have left Alex and Joel Morris’s bedsit studio include the dull and repetitive ‘The Hole’, ‘The Wreck of the Breeze’, ‘The Last Days of the War’ and ‘This is the Way’.

On balance, if you like folk rock, The Beta Band or Granddaddy, it’s probably worth taking a chance on Tiger Flies. Just have the track-skip button on standby.