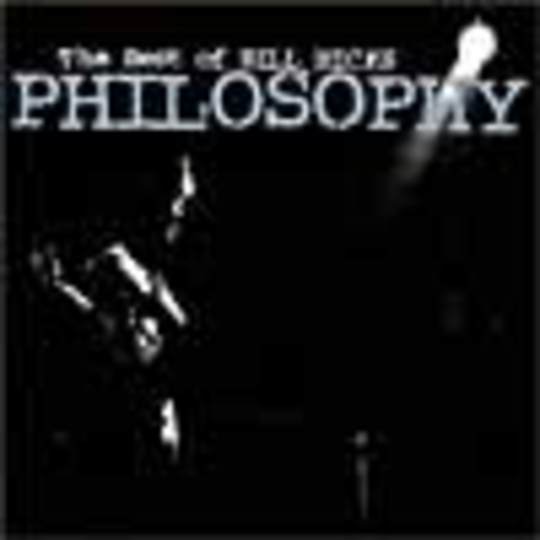 Of all the stand up comedians, Bill Hicks was the most incisive and most politically astute of the last decade. This CD, while a cash-in compilation “best of” of some of his work, is probably as good as introduction as any; that is, if you don’t already have the superior (and more affordable) sampler ’Hicksville’.

Bill Hicks, known to most via his collaboration with Tool, was the comedian Dennis Leary never was. Dennis Leary and Bill Hicks were contemporaries, but whereas Dennis Leary bought in, Bill Hicks never sold out – Dennis Leary decided to move to Hollywood, tone down his act and get the dollars for appearing in Sylvester Stallone movies, Bill Hicks instead got more political, less conformist, as time went on. Censured from the Letterman show, his last public appearance was on cable TV, where his political stance went even further. Taking a cue from one of his heroes, American political analyst dissident and lecturer Noam Chomsky, Bill launches into observed, hilarious yet astute polemics on all manner of topics: from English cooking (“You don’t boil pizza!”) , the influences of drugs on rock music (including a skit on the Beatles), the LA Riots, and Evolution.

“And lo, Jesus was walking to Damascus when, lo, he found his way was blocked by a giant brontosaurus, with a thorn in his paw. And Jesus did take pity on the brontosaurus, and pulled the thorn out of his paw, and him and Jesus were friends. And then Jesus sent him off to live in a Loch in Scotland, where he would bring in lots of American dollars…”

Believe it or not, this was as about an unpolitical as Bill hicks got. Nothing was sacred – god, politics, the military: where other comedians would draw the line and talk about fart jokes, Bill Hicks would peel back the veneer that makes you laugh but also show you the way the world works. His skit on the gulf war and American foreign policy is as topical then as it is now, when he observes that the US was at war: “No huh, a War is when TWO armies are fighting. After months of continual carpet bombing…” Does that remind you of anything?

This CD, sequenced from his 4 existing CD albums (’Relentless’, ‘Dangerous’, ‘Rant in E Minor’ and ‘Arizona Bay’), to be as close as possible to a live concert that never happened is, while a good introduction to Bill, mostly extraneous. If you’ve got the 4 existing albums (much recommended from the likes of Pitchshifter (who’ve sampled him), Henry Rollins and the Almighty amongst others), then this really is excess to requirements. But instead why they didn’t release some of the other unreleased material – and there is a tremendous amount of it out there in the archives (like the two live videos, neither of which are available on CD) – rather than cobble together the already-released stuff I don’t know.

For business ethics this gets a zero, but for content… sheer genius. Every home should have at least one Bill Hicks CD, preferably four. This is a start. The man himself used to quip "I’m Bill Hicks and I’m dead now"; but his legacy is alive more than ever.

The Fast and The Furious