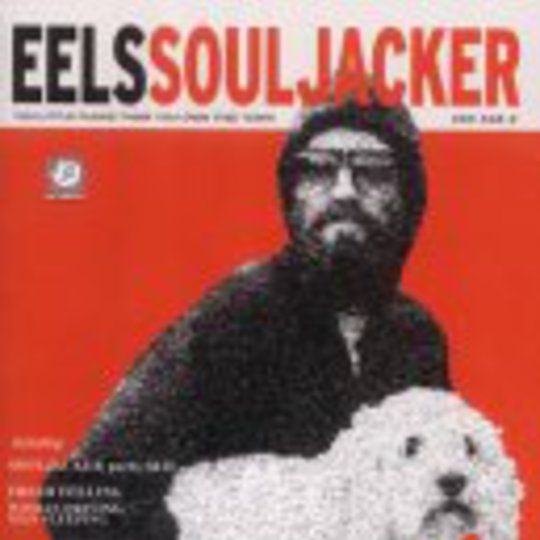 So Mr. E returns with a new bunch of songs almost as fuzzy as his beard…

The Eels’ real strength has always been their ability to mix brilliant deadpan irony with naïve heart. ‘World Of Shit’ is a perfect example of this, much in the vein of ‘It’s A Motherfucker’ from the fantastic last album ‘Daisies Of The Galaxy’, proof that E really can’t sing about love without swearing like the old man on every rainy street corner swigging on his Jack Daniels.

The Eels seem to have approached this album from a more open perspective than previously, perhaps due to E’s recent sabbatical. There has always been the tendency to experiment but it seems to be more prominent here. ‘That’s Not Really Funny’ switches from a riff straight from 60’s spy film incidental music to raucous hoots from E backed by an equally noisy horn section. There’s also some serious rock action here with the title track and ‘What Is This Note’ which sound like the Pixies, Muddy Waters and the Stooges jamming in your garage on amphetamines.

The obvious single has to be ‘Fresh Feeling’. I’m glad they decided to re-use the beautiful string section from ‘Selective Memory’ (on ‘Daisies…’). It’s a pleasantly hummable tune and is full of optimism as E intones ‘old paint is peeling, this is that fresh feeling’. The sobering acoustic strum-along of ‘Woman Driving, Man Sleeping’ is also a high point.

The album perhaps lacks a bit of general cohesion in parts such as ‘Jungle Telegraph’ but it does rhyme ‘girl’ with ‘epidural’ so I’ll forgive them for that. The hilarious liner notes, apparently penned by ‘DJ Killingspree’ are worth your hard-earned cash alone.

This is by no means an essential album, if one could really exist. It is, however, a great addition to the Eels’ already strong back catalogue and an album you will surely come back to again and again whenever you forget the potency of a cocktail of childhood sweethearts, dog-faced boys and nasty guitars.