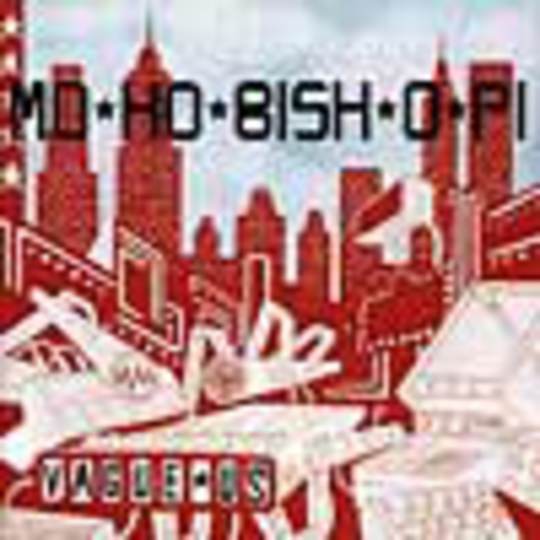 Recently the NME rather meanly commented that it didn’t matter how much money Richard Branson’s label made with The Stereophonics when he wasted it all on bands like Mo-ho-bish-o-pi. To be fair they will never be more than a niche band for a niche market, their slightly eccentric indierock sounding like it could have been made anytime in the last 20 years. However, there are gems to be found on here if you listen patiently.

Starting track Maverick is rather a non-event, poor guitar hooks and a shrill vocal that belongs on The Muppet Show. It get’s better with the title track, an average blast of optimistic punkpop, although the drums belong in a marching band and the lyrics are inaudible. Kids On Cake is notable only for it’s reference to Brass Eye, the track sounding like a major key version of a Placebo b-side. Hear The Air is still a reasonably good little pogopop anthem, lots of shouting, rolling rhythm, and an over simplistic guitar riff. I do like the way they rhyme “arrangement” with “listening to Pavement” especially.

Drop jaw introduces some original ideas and a nice little structure that drops in and out, culminating in a catchy little chorus. The guitar hook reminds me of something else though... The best track has to be Names For Nameless Things, sounding like a cross between the early Manics and the Smashing Pumpkins circa Melancholy & The Infinite Sadness. Big anthem potential, should have been a big hit when it was released as a single, at least at indie discos.

And there lies the problem. The Mo-Ho’s are a fun and, undeniably, quite cool band. But the zeitgeist is against them. It is as cool to be Mo-ho-bish-o-pi now as it was to be Kingmaker in 1996. Should the music cycle repeat anytime soon they could “do a Feeder” and find their time on TOTP but at the moment it looks unlikely.