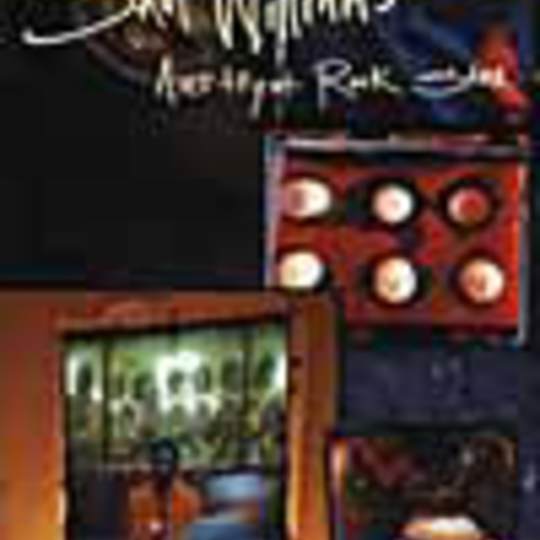 Sometimes people can go over the top. Sometimes the world is too much. Sometimes words aren’t enough. But forget all that. Welcome into your world Saul Williams beat poet extraordinaire so good he's on the U.S. curriculum in some states. He's soon to be saviour of your soul and the heart[”..a philosophers stone..”] of hip-hop (or at least he should be). While some people strut about revolution in their Nike’s, Saul has been slamming( competitions between poets..with a film called 'slam' featuring Saul) in smoky underground bars with whores on the streets of LA keeping any respectable pop-kidz away and safe. Things have to change.

There are several elements to this record but they don’t instantly make any kind of sense. There are the very live sounding beats, samples, keys and guitars without a hint of sleek over production. Then there’s the surreal lyricism with speed-rhyme stirred with cohesion to sweep you there and back again to question what-the-fuck!?! “…a reflection through a blood stained glass window of souls gone yellow round the edges with carbonated dreams and blurred blue-belly lives, but families refocus, outta swamp blossomed lotus.” From all of this, the main element you take away on every play is a clump of inspiration. On one listen the discontent for nihilistic nothingness in a time with more questions than answers, yet more chance to begin to understand the question. Another listen pushes a single mother’s pram past quick fix dreams and broken homes. It’s the cynicism and beauty in these words that force repeated listens rather than preaching angry hand signals and cloned individualism for the sake of marketing. Baseball caps as product extension this is not... Then when Saul takes on the role of a busker on ’Penny For a Thought’ struttering “baby, baby, baby, can I borrow a nigga, a penny, a penny for a, penny for a thought, how much is it gonna cost to buy you outta a reality which originally bought you? Dime a death, dime a death, come on, come on, penny a thought,” before contrastingly jumping back into his own head passionately stamping “time is money, money is time, so I put 7 o’clock in the vault til the hour of God!” - it becomes clear what the message was all about.

If you think of the self-empowerment of Public Enemy et al, put in a bit of that late Romanticism beat poetry, some of the Dylan touched folk and drag it all to the present day to the sun of a preacher man - exposed best on ’Our Father’(about Saul’s dad who is a minister). In other moments the Roni Size style drum’n’breakbeat on ’Tae of Now’ the reverbed and truly seductive female vocal sway beneath the records surface, placing the perfect parts into place forcing anyone not listening to take a step back and dance their way closer and deeper.

Whether you want something to blast out in your car or a record to twist with the world around you and divide, calculate and reform your perspective of self, then this record is a must. I’ll leave you… “I shake my head back and forth as is if to erase the last image on an etch-a-sketch..” and remember "only believers in death will die!" Words can't do this man justice, you can't get too much of this, I know, cus I've tried. Live it, love it, walk it, talk it, chill out and then create don't destroy! Destruction of sickly hip-pop will happen all of its own accord.