All Killer No Filler 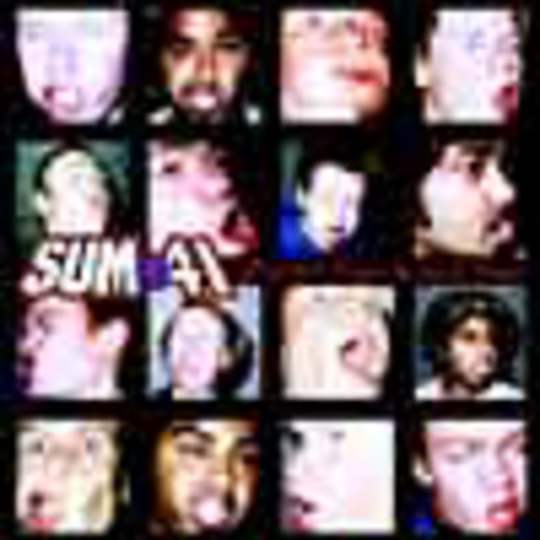 In 1999, Blink 182 unleashed ‘Enema of the State’ on an unsuspecting world. It was just over half an hour of ‘pop-punk’ at it’s irritatingly infectious best, making them an overnight phenomenon on a world-wide scale. Fast forward to the year 2001 where every Tom, Dick and wannabe Mark Hoppus are flooding the world with their bubble-gum and fart joke infested tunes and the joke is starting to wear unbearably thin. This is the major problem that faces Sum 41 square in the face on their debut LP, ’All Killer No Filler’.

Quite simply this is a good effort, the Jerry Finn (who else?) production is to the usual sky-high standard, the songs on display are packed full of melody and the catchy hooks are of the highest caliber. The problem is that there isn’t a seconds worth of originality on display and you can’t shake the notion that you’ve heard it all before. From the standard comedy intro to the final seconds of the 1980’s metal flavoured ’Pain for Pleasure’ this has all been done before. That’s not to say that it’s all bad here, ’Fat Lip’, with it’s impressive hybrid of all things trendy in the current rock conglomerate, is quite possibly the most contagious chorus you will hear all year round and ‘In Too Deep’ has summer anthem written from it’s top to it’s bottom. For the rest of the album, however, it’s a case of way too little, way too late. The likes of ’Heart Attack’ and ’All She’s Got’ are just way too bog standard especially when there are the likes of New Found Glory and MXPX out there stuck in the same league begging for that promotion to the ‘Punk Rock Premiership’.

If this record had come out two years ago then maybe the story could have been completely different. Sorry guys, it’s not a bad album but too many bands are doing the same thing a million times better. Good just not good enough.

Blueprint For A Higher Civilisation