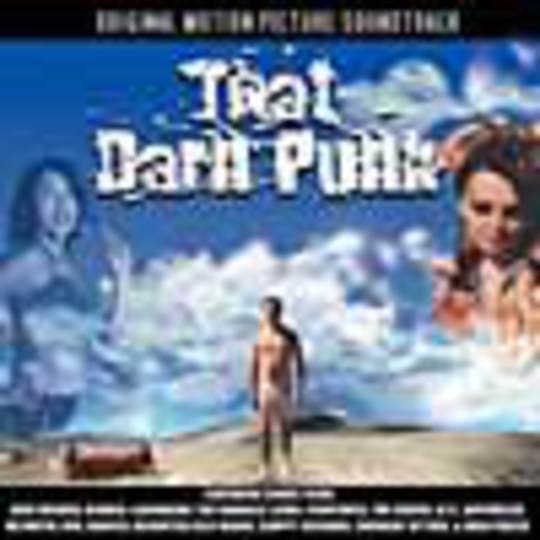 OK, I openly admit to being an american 'cult' film addict. My fave director is Kevin Smith and among my collection there are films such as Biodome & Hackers. Problem is with these films, unless you are in the know, you will never have heard of them as, in the main, they never get cinematic releases.

'That Darn Punk' is almost the same, except this time it is self inflicted. The film was never made for cinematic release, it was put straight on video and released through Kung Fu Records/Films (who also released Glory Daze which starred Ben Affleck and had music by NOFX, Hepcat & New Bomb Turks to name but a few.)

The difference between this and most films with a same genre soundtrack is this is almost a who's who of the bands on the Vans Warped Tour.

Apart from the film excerts, contributions by Rancid, Pennywise, The Ataris, Ozma & The Vandals are included on this 27 track CD and so I was looking forward to hearing it, what with being a self proclaimed (non) skater punk.

From the opening track of 'Siegfried & Roy', a previously unreleased track by Nerf Herder, everything goes as expected. Bigwig go like a Rancid influenced punk band, Ozma carry on like an old school Weezer tribute band (neither of these are band things!) & The Ataris suprise me with a Green Day-esque 'Time Of Your Life' song with their track 'Ben Lee', a far cry from songs like 'San Dimas High School Football Rules.'

Pennywise & Rancid contribute old favourites 'Alien' & 'GGF' respectively and then we come to the jewel in the Kung-Fu crown, The Vandals.

The band have come a long way since supporting No Doubt on their 'Tragic Kingdom' tour with Symposium and early songs like 'I've Got A Date.'

Their 3 contributions on this CD cover all aspects of the bands talents. 'Right On Q' (download the full track here) is a previously unreleased track and has all the charm of the old Vandals with a slightly quirky, almost 'Teenage Dirtbag' style vocal edge in parts.

The obligitary punk cover is their next contribution, and it is brilliant. They do their own rendition of Celine Dion & on & on's 'My Heart Will Go On' with vocals being contributed by Katalina of Platinum Pop Singer and this track alone makes this CD worth getting.

Last track is the theme tune to the film (which the band also have parts in) which is an instrumental of top quality, but then, do you ever expect less from The Vandals?

So, in mathematical terms :- 56 minutes, 27 tracks, 18 songs, 16 bands & 1 hell of a happy reviewer. If you like the whole skate punk thing, then go out and get this NOW, it is an esential addition to your collection.