...An Education In Rebellion 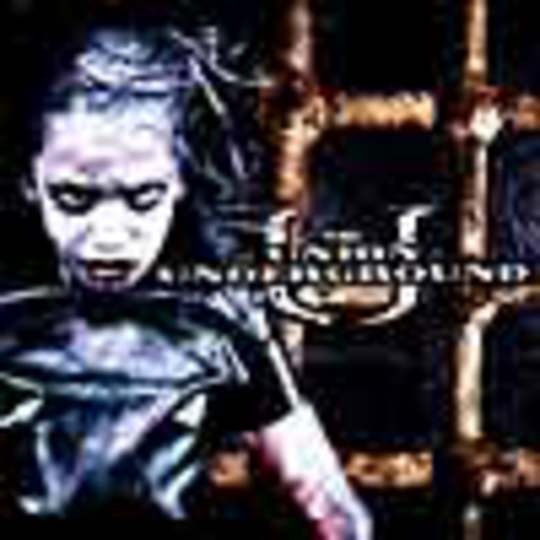 The Union Underground are American. They are a stompy nu-metal band who like the word "fuck" a lot. [Don't know if they or their hardcore fans would deny it but they blatantly are nu-metal, so let's have no silliness - they're nu-metal.] They have big power chords and angry lyrics. Does this sound familiar? Please understand I'm not writing this review to slate them - I actually quite like this band. So do bear with me.

What you get for your money is 10 songs [no, I'm sorry, the first track doesn't count, it's just a hazy, trippy intro to "Drivel", so 10 songs] of crunching chords, roared vocals, and a band with a superb talent for mimicry. In the spirit of honesty, if you want innovative, experimental forays into unexplored territory, this might not be quite the record you're looking for. "Drivel" displays a formidable knowledge of the Marilyn Manson formula, "Revolution Man" and "Bitter" are awash with Metallica stylings, and throughout the course of the album, they also manage to pay dutiful homage to Static-X, Rob Zombie, Powerman 5000 and, dare I say it, Linkin Park. Repeatedly. Well, they say imitation is the sincerest form of flattery.

The lack of originality is a shame, because they are actually a good band. Frontman Bryan Scott jerks his vocals from a lean, mean and sleazy drawl on the excellent "South Texas Deathride" to a hedonistic roar on current single "Turn Me On 'Mr Deadman'", supported by riffs that although recycled, are still delicious, and the band undeniably know how to write a catchy, belligerent song. There's nothing here that will stand as an anthem for unhappy youth but in a world where people "relate" to Papa Roach, it's somewhat heartening that UU stay well away from the "feeeel my paaaaain duuude" token Dark And Heavy Slow Number, choosing instead to keep it loud and raucous throughout most of the record. And the semi-plagiaristic nature of the record doesn't really matter so much when the tunes are so yummy - it's an album that, by and large, makes you move.

Thing is, Union Underground shoot themselves in the foot with a few niggling things. The tunes are good, the beats are infectious and the riffs are heavy but there's a inescapable feeling that they're desperate to appeal to Da Rawk Kidz - it all feels very planned and thought-out - this same feeling comes across in the live performance too, there's no getting away from it. And the album title, "An Education in Rebellion" - is anyone else thinking "try-hard with a vengeance"? Perhaps it's supposed to be ironic but when the actual music is so cookie-cutter, the irony falls flat. If you take the record for what it is - a selection of heavy, fun metal songs to rock out to, it's fantastic, but there's a sense that they'd like to be taken more seriously than that. If that's the case, they've got to start writing some songs that we haven't heard before. If you see Tower Records stocking "An Education in Rebellion" for £16.49 or similar, walk right past it, but if you can get it for a tenner, it's pretty rewarding.