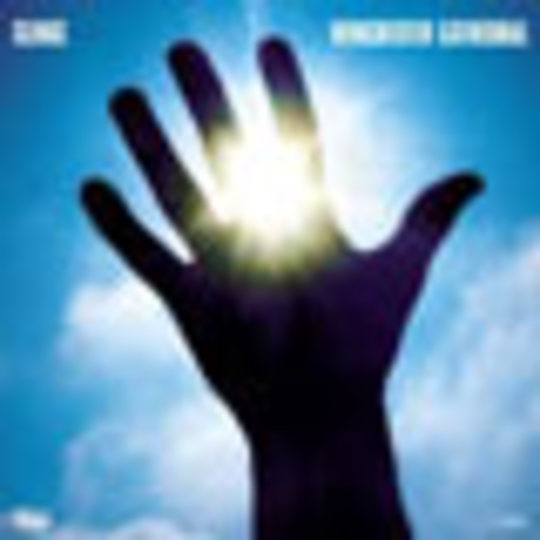 Clinic may not be the most prolific bunch around - their last long player 'Walking With Thee' was unleashed some two-and-a-half years ago. However, one trait that they can spray in gold highlights is consistency, something that many highly respected artists seem to find difficulty in achieving.

These four scousers have come a long way from their humble beginnings as Pure Morning in the mid 90s and despite an indifferent response from certain sections of the media (calling your debut single 'IPC Sub-editors Dictate Our Youth' probably didn't help), here they are seven years on with their third album.

One thing Clinic could never be accused of is copying anyone's sound or jumping aboard the latest fashionable bandwagon. If anything, Clinic are possibly the most unfashionable band in existence, preferring instead to create their own dark rimmed sonic assault that's part 'Scary Movie 2', part Plastic Exploding Inevitable Club backing band.

'Winchester Cathedral' can be approached in two ways, depending on your previous experiences with the band:

If, like me, your already hooked on their 'Tales Of The Unexpected'-fixated lullabies from Formby Mausoleum, such as 'Country Mile', or find something sensual rather than sinister in a clarinet-drenched death waltz like 'Falstaff', then you'll know what I mean when I say that this is Clinic simply adhering to their own rules. Clinic don't just operate outside of the proverbial box, they nail down the shutters and coat the cracks in layers of asbestos. From the inside.

If you're a newcomer to the weird and wonderful world of Clinic then you'll be enthralled by the wild west Walton shuffle of 'Thank You (For Living)', enchanted by 'August''s eerie fairground stomp and bedazzled by 'Circle Of Fifths' and its mazy, perforated blues. Keane this is not.

Although 'Winchester Cathedral' is quite obviously Clinic doing what they do best, it also represents the sound of a band who've clearly broadened their horizons. Because while the obligatory references to the Velvet Underground and the Violent Femmes are still in place, their are also moments, such as on the opaque rhythms of 'Fingers', that sound like Jacques Brel and Joe Meek forming a tag wrestling team against the formidable duo of Alan Vega and Martin Rev, with the latter coming out on top. Just.

All that remains to be seen now is whether Polanski, Joanou or Carpenter et al _have the gall to base their next psychological thriller around the icy mists of _'Winchester Cathedral', as Clinic have just created the perfect soundtrack.