If You're Happy With You Need Do Nothing 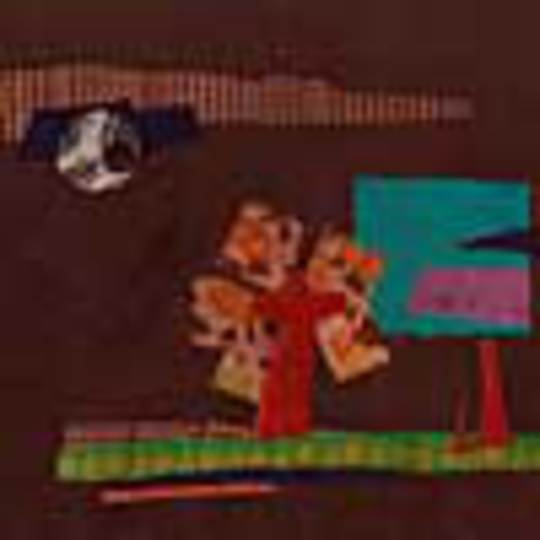 Let's get this 'NAM' (New Acoustic Movement) thing out the way with first : Genre classifications (such as the ones we use at DiS) are nebulous and inaccurate enough without rags like the NME trying to impose further, pseudo-genre restrictions on any vaguely recognisable new trend in modern music. That Alfie should be lumped in with this most puritan, regressive of musical dog-tags is another reason to dismiss the NME as a woefully out of touch glossy magazine, occasionally punctuated by a surprisingly good review. (An alternative to the NME? I'd recommend the Wire, if you can get past the occasionally ridiculous academic style of writing.)

The fact that Alfie, a shifting collection of worryingly bearded musicians from Manchester or thereabouts, manage to buck this new 'trend' so excellently on their debut album release is further evidence of their uniqueness in modern British alternative music. While others throw the corpse of Jeff Buckley around for kicks, Alfie display a refreshingly different set of influences, from bumbling celtic folk to pastoral post-rock.

'If You Happy With You Need Do Nothing' is, essentially, a collection of their previous EP's on the Twisted Nerve label, with a couple of extra tunes for good measure. What emerges, however, displays the coherence of a proper debut; the musical progression within the album is grounded enough to provide a recognisable sound for the group without a sense that Alfie are in any way repeating themselves. As such, beautiful, lilting cello makes up the sonic foreground on the opening 'Bookends' and the sparkling acoustic-glockenspiel-foundsound instrumental 'James's Dream'. Elsewhere, however, 'Check The Weight' has a gloriously jazzy undertow, and an ending that could have been taken from the annals of Chicago post-rock.

The Chicago music scene is, in fact, a reoccurring influence on this album, and Alfie's approach to pop is very similar to that of Chicagoans The Sea And Cake. (Alfie's singer Lee Gorton is known to be a fan.) As such, Alfie construct what are essentially well written pop songs, but with a lightness of touch and an affinity for eclectic instrumentation (cello, french horn, glockenspiel, double bass) that results in an essential, compelling edge to their sound, perfectly brought back down to earth by the beguiling croak of Lee Gorton's emotive vocals.

All in all, Alfie are a refreshing alternative to a somewhat turgid homegrown music scene, and their loose orchestral folk-pop is never less than enchanting.