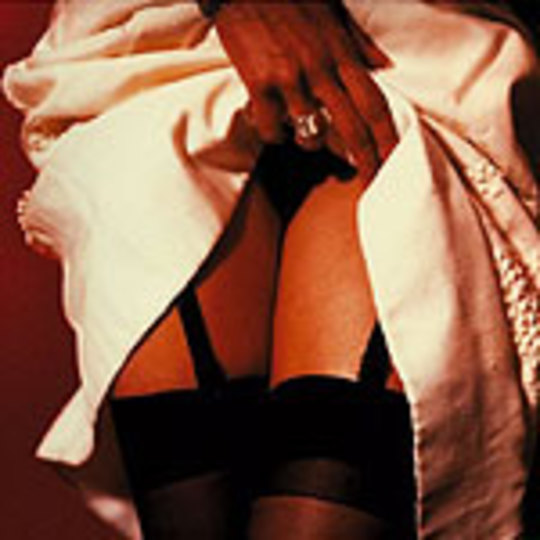 Just how many times have you heard someone cover a beloved classic and gone “wow, not only has (blah) done that song justice, they’ve actually improved on it.” Once or twice in your life, maybe? However many times it is, it’s probably dwarfed by the number of renditions that have inspired at best the reaction “meh!”, and at worst sent your blood pressure skyrocketing. It’s a truism that’s been around longer than the music industry - great covers are extremely uncommon.

Even rarer than that, are artists who manage to make brilliant covers part of their repertoire. Perhaps the most well known tunesmith in this regard is the late Johnny Cash. By the end of his life, covering artists as diverse as Hank Williams and Nine Inch Nails had almost become his stock in trade and his ability to infuse some of these songs with poignancy and power they barely had in their creators’ hands was breathtaking.

Cash is missed as much for what he brought to the music of others as he is for his own output. With the release of the new Twilight Singers’ album, "She Loves You", Greg Dulli makes a pretty believable case that he's one of the few musicians out there channelling Cash’s spirit in this regard.

Anyone lucky enough to catch the Twilight Singers in concert (or the Afghan Whigs before they split) will know that Dulli has a knack for taking other artist’s songs, and twisting them into barbed, acidic gold. Indeed, some of the cuts on "She Loves You" won’t come as a surprise to the Dulli faithful because they’ve been rubbing shoulders with his own material for ages.

His rendition of the folk song, 'Black Is The Colour Of My True Love’s Hair', for example, has made appearances in enough of his live sets that it may as well be part of his song catalogue. According the liner notes, this cover sticks to the traditional arrangement on the record, but the song is undiluted Dulli; a picked guitar waves in a samba-like drumbeat, gentle piano and cooing vocals that build steadily towards a melodramatic climax where a piercing guitar slices into Dulli’s black-hearted wail.

Elsewhere, John Coltraine's 'A Love Supreme' is stripped of any horns whatsoever and used instead as an extended intro to a jangly, wah-wah peppered version of Marvin Gaye’s 'Please Stay'. Dulli also discards the stomping, choppy rhythm of Fleetwood Mac’s 'What Makes You Think You’re The One' in favour of a caressing beat, tinkling pianos and cooing vocals. Overall the track comes over as a sweeter, bouncier and altogether more innocent companion to the leering 'Teenage Wristband' off last year's 'Blackberry Belle'.

What’s most interesting is what happens with the more contemporary picks. He pretty much guts Hope Sandoval’s morose 'Feeling Of A Gaze', tossing out the cellos, the violins and the song’s overall gloomy mood. Then he kicks the tempo up a couple of notches, and armed with nothing but a six-string, he turns it into a number she could do her hair to before heading out for a night on the tiles.

Martina Topley Bird’s harder than steel groove on 'Too Tough To Die' is given a peck on the cheek and then taken for a spin around Dulli’s barroom floor, decked out with piano chunks, sleazy guitar shimmers and drums that make you want to snap your fingers. It’s pure cheek, really, but in an endearing way – the only question is whether she’ll deck him before or after they stop dancing.

The album’s first mixed result is the cover of Bjork’s 'Hyperballad'. Eschewing the nervous twittering beats, and neurotic build and burst structure of the original, Dulli uses some fragile guitar effects to punctuate a gentle, lazy tempo and his wounded coo. It works well in the verses, but in the chorus, Dulli sandwiches his vocals between Helen Storer’s sassy high notes, and Mark Lanegan’s gravel throated lows, and the end result sounds like he’s broadcasting from the chamber of lost souls.

Another track up for debate is his rendering of the Billie Holiday classic 'Strange Fruit'. Played by the Twilight Singers, the song becomes a menacing thunderhead; drums thump, guitars crunch and Dulli snarls and howls. It’s a worthy cover, but personally speaking, Dulli can throw all the theatrics he likes over this one, and he’ll still never match the sinister, trembling, smoky cool of Holiday’s voice on the original.

The absence of Dulli’s excellent rendition of Kate Bush’s 'Cloudbusting is a bit of a sore point (and yes, you did read that right), and it would’ve been cool to have the Twilight Singers’ rocking up The Outkast number 'Hey Ya!' in this set. But on the whole there’s more meat than filler here.

The album’s greatest strength, is that Dulli, for all his arrogance, has a clear grasp of the fact that he’s not the star of the show here - the songs he’s covering are. It’s for this reason, and the passion he clearly has for this work, that he avoids the trap so many fall into, which is that copying a song note-for-note doesn’t prove anything except the limitations of the people covering it and how far down the food-chain they are from the original’s creators.

It’s also why "She Loves You" can be seen as more of a legitimate addition to Dulli’s ouvre, and less of a novelty record.

Dulli isn’t in Johnny Cash’s league yet – then again, Bob Dylan and Tom Waits are the only people who are – but 'She Loves You' marks him out as a fellow traveller, and the album is an indication that he at least has an idea of the direction in which the Man In Black’s promised land lies. If he keeps producing music of this calibre, one day he may just get there.

...Is Live And Well In New York City