Where You Want To Be 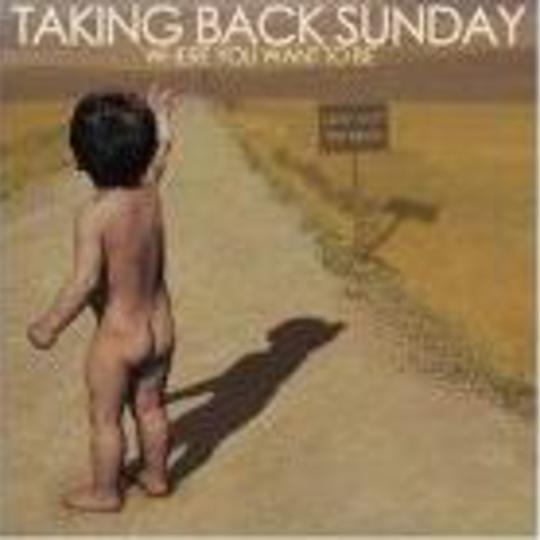 With their debut album approaching gold status after 8,500 monitored spins on US Radio, features on the _Spiderman 2 _soundtrack as well as arena tours with Blink 182 *and headliner billing on the Vans-sponsored *Warped Tour, it seems *Taking Back Sunday *are exactly where they want to be right now, and seemingly gloating through the title of their follow-up album at the thousands of lowly emo bandwagoneers scrambling feverishly up the ladder for a slice of TBS’s sugar-pop pie and the magazine features, female adoration and cool clothing sponsorship that goes along with it.

Sure, it’s where you want to be but - on the strength of this disappointing follow-up – whether TBS are actually going to stay there is another thing altogther.

See, when their thrillingly tense debut emerged in 2002 it was a clear sign of the potential that emo had for cross-over acceptance. 'Tell All Your Friends' is an album shimmering with clean-cut charm and dazzling hooks, yet riveted with enough energetic, Movielife-style high-kicks to see them through the storm of *Drive Thru *clones and October Coming Tuesdays. A year later and they’re rightfully riding high, only for bassist John Nolan and guitarist Shaun Cooper to depart in spectacular fashion after vocalist Adam Lazzara was rumoured to be getting ‘jiggy’ with Cooper’s girlfriend, who also happened to be Nolan’s sister! I say.. tut tut.

So, with excellent emo lyric material in the bag their second album looked to be one of the grittiest, most emotionally driving punk-pop records of the year. Only… it isn’t. Trundling along with only the faintest traces of such inter-band turmoil it’s an album that’s playing it far too safe: melodies rise and fall, soaring and curving with painful predictability. Guitars find themselves drifting gently alongside Lazzera’s ‘heartfelt’, almost angelic sparkle in boredom-retching tracks like ‘New American Classic’, while all the time their legion of fans remained oblivious to the terror of banality that awaited them with the purchase of this record.

Like most things in life, time spent in the teen-rock market is far from plain-sailing, and despite the excellence of 'Tell...', Taking Back Sunday appear to have little left to offer next to poster-boy looks and perpetually high merch sales.

Is this the beginning of the end for corporate emo? Let's hope so.