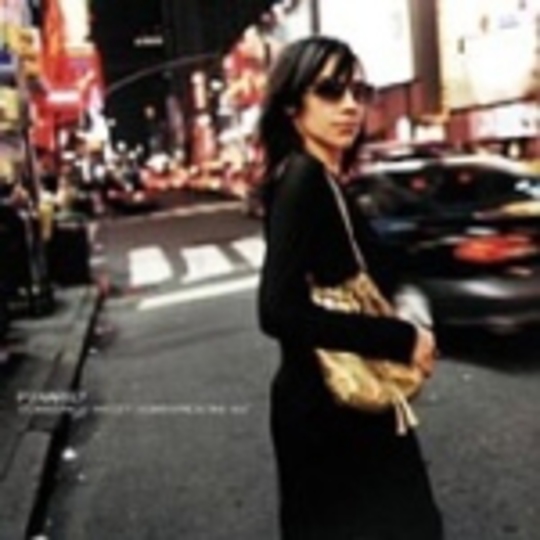 Hands up who likes ‘Definitely Maybe’? Good. Now hands up who likes ‘Be Here Now’? Thought so. Y’see, most artistes are rarely at their best when they’re happy. If you’ve untold riches in the bank, mountains of cocaine the size of K2, and a woman/man for every day of the week, then you’ve nothing left to prove. Then there’s no fire in your belly. Then you write ‘Little James’.

Case in point is Polly Jean Harvey. These past ten years she’s suffered from eating disorders, at least two nervous breakdowns and countless messy love affairs. The result has been three absolute masterpieces: ‘Dry’, ‘Rid Of Me’ and ‘To Bring You My Love’. In interviews for her latest opus, ‘Stories From The City, Stories From The Sea’ - a collection of songs inspired by her stays in New York (the city) and Dorset (guess what…) – she’s been uttering the words that should strike fear into any fan’s heart: she’s ‘happier than [she’s] ever been in her life’. D’oh!

The initial shock on first play is that ‘Stories…’ sounds so bare, so sparse. Gone are the soundscapes of ‘To Bring You My Love’ or ‘Is This Desire?’, replaced by a unashamedly retro guitar-bass-drums set up, occasionally augmented by keyboards or the odd gamelan, but not so’s you’d really notice, as the guitar dwarfs ‘em all.

The album’s opener ‘Big Exit’ surfs in on a gargantuan riff nicked from Television circa ‘Marquee Moon’ (you can take the girl out of NY….), but falls flat due to the hamfistedness of the lyric (‘Look out ahead/See danger come/I want a pistol/I want a gun’), while ‘Good Fortune’ is ‘Dancing Barefoot’ by Patti Smith. So far, so banal. ‘A Place Called Home’ is the album’s first stunner, focusing as it does on PJ’s greatest strength – her voice - and the plaintive, desperate vocal is the linchpin of the track’s success.

Unfortunately, ‘This Mess We’re In’, the much-vaunted duet with Thom Yorke, disappoints, with both vocalists sounding listless throughout, although full marks to Polly for getting Thom to sing something like ‘Night and day, I dream of making love to you now baby’. Much better and more affecting are the tracks that Mr Radiohead contributes backing vocals to: ‘One Line’ and ‘Beautiful Feeling’. Both are proof that Harvey can do more with a whisper than most do with a scream. The straight-ahead approach also works best on ‘This Is Love’, its none-more-dumb two chords perfectly apposite to lines such as ‘I can’t believe that life’s so complex/When I just wanna sit here and watch you undress’.

The album ends on an anticlimax. After its intro (which is what ‘High and Dry’ would have sounded like had that band recorded ‘The Bends’ on smack), ‘Horses’ is a dirge. ‘We Float’ revisits the drum machine from ‘…Desire’, but fails to provide similar menace. And ‘secret’ track (although it’s listed on the casing) ‘This Wicked Tongue’ is as ferociously rabid as anything on ‘Dry’, but lacking the biting gender politics and biblical allusions that made that album so striking.

I like to consider myself a nice person, and I don’t particularly want to wish harm on anyone, but contentment has made Polly Harvey bland. Bring back the days when she was as miserable as sin, but made music straight from heaven.