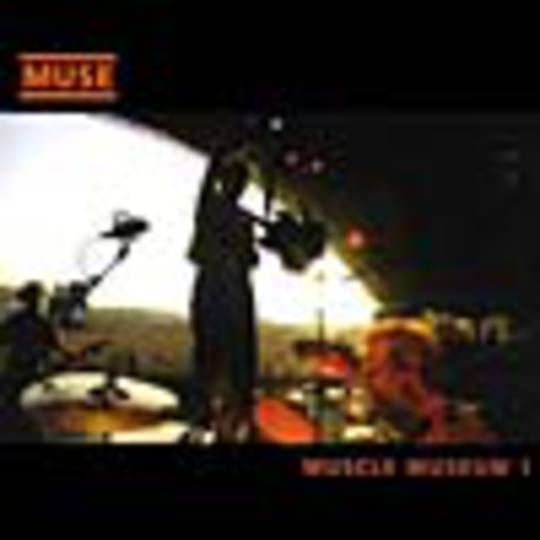 This single was originally the title track on Muse's second EP on their own semi-punk label; Taste Media. It then became their debut single on Mushroom which helped them pick up several fans. And now, for the third time, the re-re-release of Muscle Museum is upon us. And apparently it's remixed. Wondering why 3 times?

Well, it's simple and it's all to do with big bizness, baby! Basically, Mushroom Records is owned by Rupert Murdoch (whom for anyone who is unaware, is the big cheese who owns the Sun newspaper corporation, as well as Sky television and just about everything and anything else money can buy him). Muscle Museum, is Muse's most upbeat and instantly infectious tune, therefore, in the land of profit margins, it's more than likely the single which will enter the charts highest.

I do see a problem. From what I know of Muse, what with being one of the lucky few jumping up and down like a loon the first time this single came around (ooh stick you!); I understand Muscle Museum to be a 'punk' song. Maybe I'm wrong. It could quite easily be just another dramatic, heartbroken Muse anthem but I personally see this song as the explanation for the album title 'Showbiz' (which is quite possibly my favourite record, ever.) and it seems a contradiction, or perhaps hypocrisy for this single to come out, AGAIN! I'm not saying it's a bad thing, as it's bound to convert a whole host of new Muse fans, to add to the thousands of others, all over the globe.

There probably wouldn't be a forseeable problem if the band put some new stuff on this single for the old skool fans who've gone out and religiously bought every record in every format, to obtain as much Muse music as possible and then scraped to make it to as many heart stopping live shows as possible. The problem is, there was enough time and money to do a deep trance mix of Sunburn (not too sure whether it works as well as it could) and also a slight remix of Uno. Where the hell are all the new songs the band have been teasing us with for the past year or so in their live show? However, good news! Muse are going into the studio in the very near future, to finally begin work on album numero duex!

Anyway, enough political bullshit. The MUSE-IC, because that's what you might want to know about and not the strings attached via legally binding contracts etc..

Muscle Museum is a saucy little number. The spanish guitar riffage slices in where it's needed, along with some restrained (on record) white noise and one of the phatest basslines on the planet. Obviously, Matt sounds like [obligatory mention in every Muse review] Thom Yorke. This song could be a mix of Rage Against the Machine, Jeff Buckley and Ricky Martin - but I doubt anyone else would credibly write the latter :o)

All I have to say, is that if you've not got 'Showbiz' go and buy it. If you can avoid making a super rich corporation - run by one of the richest blokes in the world - any richer, then don't waste your cashola and get something else which is praised on this 'ere website. The album is worth every penny, although if you didn't know that by now, you probably never will.