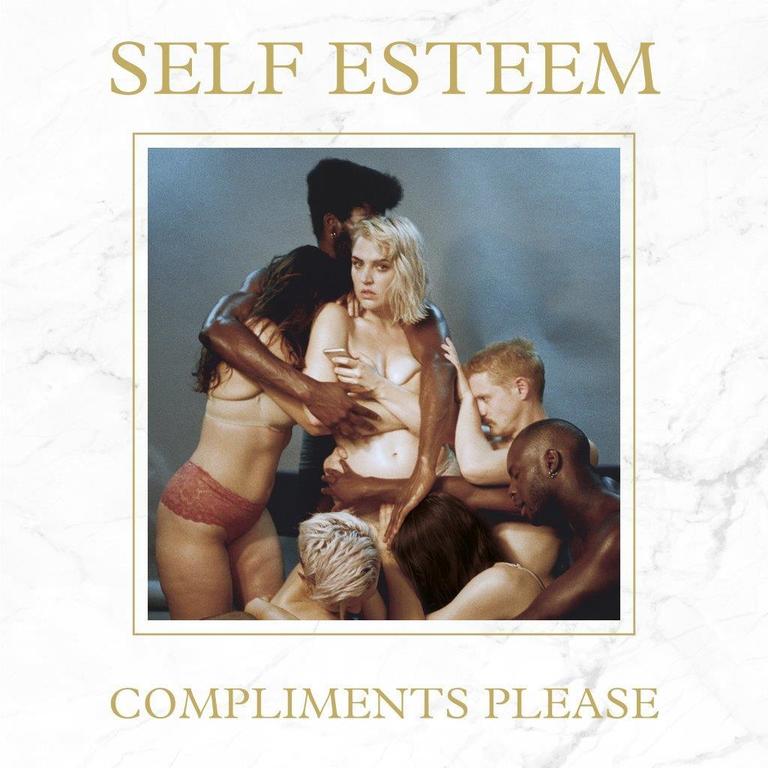 Self Esteem is Rebecca Lucy Taylor, and a project which began with painting and prints and video alongside her day job writing and performing as one half of Slow Club. Since her musical divergence from the band, Rebecca has revelled in unleashing a whole version of herself with no compromises, no reducing herself, no hesitating. She would go on to write the songs that had been rising up inside her all through the years — big songs, that spoke of love and sex and chaos, that brought in huge basslines, gospel choirs, the kind of polished, provocative production she admired on the biggest pop records.

Compliments Please saw Self Esteem working with songwriter and producer Johan Karlberg, seeking him out because she loved his band, The Very Best, as well as his approach to production. It’s an album that reveals her to be not just a remarkable vocalist, but one of our most powerful and distinctive songwriters.description from www.roughtrade.com