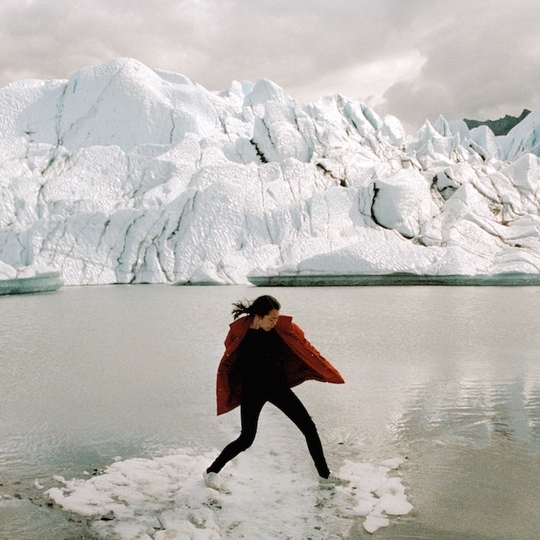 Some records are made out of sheer necessity for the creator’s mental well-being, without taking the listener’s ability to relate to the music into account. That can totally be a moot point. For instance, many people responded to Phil Elverum’s unvarnished document of grief, A Crow Looked At Me, channeling their own experiences within his songs. Even more opaque music like the later works of the late Mark Hollis – though created entirely out of the spotlight – invested the devoted, patient listener.

Listening to onetime Cherry Glazerr synth player Sasami Ashworth’s introspective solo-outing, SASAMI, I found myself pleasantly adrift within Ashworth’s obvious gifts as a multi-instrumentalist and composer, which become all the more compelling within the limitations of analog tape. The record’s closing cut ‘Turned Out I Was Everyone’, for example, is simply majestic with its aurora-like synths and slivered drum-machines, as Ashworth’s hushed vocals are panned, repeating revelatory mantra’s on each side. Throughout the entire record, her voice remains centred and restrained like this, pretty much the antithesis of her outgoing personality; and I catch myself straining to reach it like the eye of a hurricane. It heightens the notion that these lyrics took a lot of inner courage to muster. Concurrently, Ashworth described SASAMI herself as “a mix of a diary and a collection of letters, written but never sent, to people I've been intimately involved with in one way or another."

That stinging ache of having no closure is prevalent on this album. Shoegaze-workout ‘Not This Time’ laments the hope that love can endure the unyielding constraints of distance and time. The feverish, brittle squalls of ‘Callous’ alternately channel the futility of being stuck in a toxic relationship, spelling out deep significance of the smallest of gestures. Because of its barren lyricism and jarring sonic contrasts SASAMI often a daunting, impenetrable listen, and any attempt to understand feels like an intrusion of a hermetically sealed space. "A darkness you can spell / Written out clearly in paper", she whispers on the eerie slow burn ‘Adult Contemporary’. Indeed, the ink of her words here still feels fresh and unprocessed. Ashworth herself, however, seems totally devil-may-care of letting the whole freak flag fly: on one photograph she is seen cradling a monstrous human head in a jar, and you’d like to think that’s an allegory for wearing that no-frills ugliness like a talisman of sorts.

Which brings us back to the whole quandary of relatability: it’s always there when you look hard enough, no matter how many obstacles are thrown your way. And in any relationships, it takes a concentrated effort to circumvent them. Ashworth spent the bulk of writing SASAMI on the road, and I can only imagine how that strange barrage of stark recapitulation and giddy impulse fed into compressing all her talents into this messy spill-your-guts type of record. It’s not a haphazard mess, however, but a carefully orchestrated one, retracing all steps with incisive conviction. Reinforced by the layered repetition that comes with recording on tape, this album finds its grace by turning heartache into cheeky, fork-tongued refrains.

On opener ‘I Was A Window’, she puts up a sorrowful coo, as if softening the blow of an otherwise harsh rebuttal. “I was a window into something you didn’t like / So you blamed it on me”. Though the listener is kept in the dark of what that “something” might have been, there’s comfort and relatability in knowing that behind the curtains, that light never goes out. Just as the song seems to wilt and crumble beneath its own emotional weight – as its synth flourishes flounder into a drunken stupor – Ashworth rallies one more time by coupling its leading melody with a swarm of snarling guitar noise. It sounds like the best type of break-up sex; two strongly conflicting elements finding resolve once more before fading out in the distance.