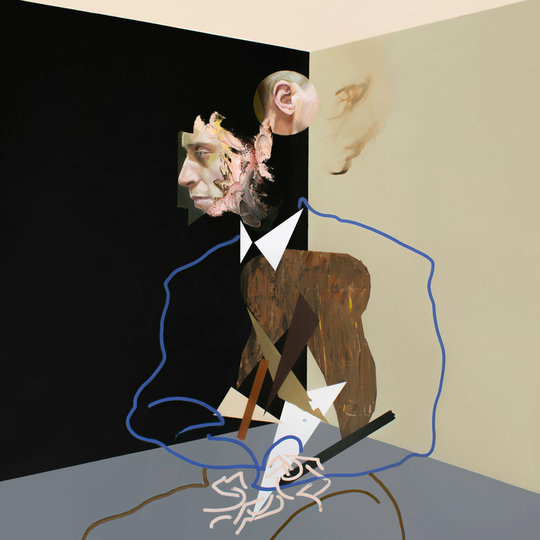 Flashback to mid-March, 2016. It was early in the afternoon in Austin, TX, which undoubtedly meant that one could only be bothered to care about one thing: SXSW. The festival was well underway, and I’d had my eye on up and coming Aussie trio Methyl Ethel and planned to watch one of their sets at infamous Austin dive Hotel Vegas. Later I would discover the project is solely spearheaded by singer and guitarist Jake Webb. It was the height of the mid-’10s obsession with ‘psych’ Australia, but this Perth group seemed to take a more subtle, introspective approach than their peers’ penchant for dizzying spectral soloing (Tame Impala) or brain frying assaults (King Gizzard and the Lizard Wizard). Methyl Ethel remained composed under their various guises of experimentalism, equally electro pop, smooth grooving and knotted tension bubbling under the surface.

Now, three years later Methyl Ethel prepare to release Triage. Prefaced by Oh Inhuman Spectacle (2016) and Everything is Forgotten (2017), this record promises to be ‘more reflective album than its predecessors and explores the notion of coming of age’. Webb’s songwriting on his previous two efforts often casts the anxiety-ridden complexities of 20-something modern life upon a backsplash of dreamy, saturated melodies and sometimes impossibly funky rhythms. The disparity in mood creates equal amounts of hope and internal conflict: the phrase ‘sad bangers’ might come to mind. This seems to endure throughout the latter of Methyl Ethel’s trinity of work. For example, on the new record’s opener ‘Ruiner’ the listener is witness to Webb’s torment as he repeats, “That’s not good enough” in an almost breathless explosion, over and over throughout the chorus. Meanwhile, the music swells into a looming, gigantic pop-apocalypse in a manner John Maus fans might appreciate, all at once a danceable manifesto and tragedy.

The video for Triage’s lead single, ‘Scream Whole’, depicts a fragmented Webb splayed onto video screens with various cut & paste living body portraits arranged in a dark room….an ear here, singing lips there. “Scream I’m whole one more time, can’t remember why”. The intro features synths shimmering with a childlike innocence backed by body rocking drums. Webb seems to have an affinity for exploring concepts that span memory and its processes, and piecing together BIG emotions while remaining ciphered under a state of perpetual groove.

Vocally, it’s worth mentioning that our frontman possesses an earnest, tender clarity and an impressive range. The trends in indie over the past decade found nearly everyone adding a bit of distortion, lowering vocals in the mix, snatching up the vocoder and even tossing in auto-tune to render lyrics almost meaningless in a lot of cases. It’s refreshing to hear Webb’s at times pained delivery and soaring vibrato, best exemplified on ‘Hip Horror’. Many of these songs read almost like disco-sagas, with ‘Hip Horror’ turning up the theatrics with dramatic piano laced with the confession, “I’ve been thinking of my violent side”.

Somber moments are few and far in between, with the most downtempo take ‘Post Blue’ edging on trip hop drum beats through a cloud of ethereal vocals observing something or someone “creeping up the walls”. Webb is again pulling on heartstrings with the vocal/keys dynamic, using his own body as a device to intone underlying haunted themes. Coming of age declarations often celebrate wide-eyed innocuousness, but this album is what is found on the other side: Plagued revelations about the mechanics of love and fragmentation. ‘Trip the Mains’ offers some dance floor respite, an ecstatic layered cake of synths with the singer warning, “I’ve got a voltage that’s running high”. Triage finds a cohesion that was difficult to find on Methyl Ethel’s previous releases. Abandoning the abstract art-rock ideals of experimentalism and pushing the rhythm section further out onto the dancefloor has resulted in a sweet spot for this type of storytelling. Still, this isn’t music to be taken in completely on the first listen. It’s eerie, complex, heart wrenching even. Triage will certainly feel relatable for any mid-twenties to mid-thirties folk still grasping at their heads after the hammer of love and paranoia has made itself known. The resolution seems to be: It doesn’t all need to make sense, because inevitably there is catharsis through devastation. By the end of the album, Webb has hung up his gloves and collected himself: “I don’t really want to fight”.