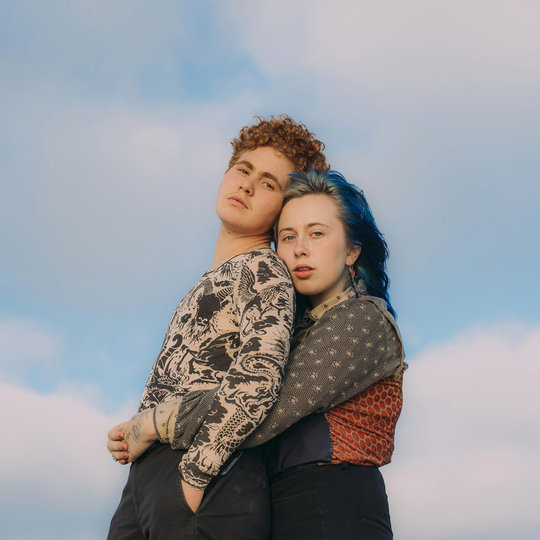 LA folk-rock duo Girlpool have always been built upon the wandering harmonies between bandmates Cleo Tucker and Harmony Tividad, their voices supporting one another and intertwining, both experiencing the push and pull of each. The twee, kitschy sound of their debut album Before the World Was Big had grown into something more amplified and deeper with second LP Powerplant, and with their latest release What Chaos Is Imaginary, the pair explore worlds more ambitious than ever before. It’s a more confident and adventurous effort that has Tucker and Tividad at their biggest and their best, and is a new chapter into the new Girlpool world.

While the two vocalists used to share the same range in their singing, things changed when Tucker came out as transgender in 2017 and, as a result of hormone replacement therapy, their voice has become deeper. We first got a listen to Tucker’s new range on the album’s first single Hire, and their new range complements Tividad in a way that still establishes both singers’ presence across the record. Girlpool’s previous records were known for their playful, more off-kilter sound, but Tucker and Tividad’s voices combine in a manner that is assured and bold.

Folk-rock, synth-pop, and more mature delves into the post-punk spectrum of alternative rock are all explored in What Chaos Is Imaginary. Each song is a new chapter offering insight into the multi-dimensional world that is Girlpool – and every one is more intricate, more complex, more captivating than the last.