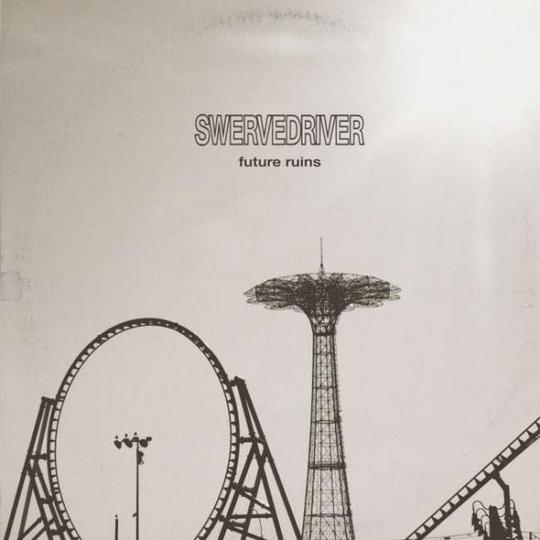 At this point, it may be easier to count the late Eighties/early Nineties UK shoegaze bands who haven't reformed for a glorious return, timed impeccably with the genre's resurgence in popularity. That said, Swervedriver were always a bit of an outlier in the scene, having more in common with the burgeoning indie/alt-rock scene in America – Dinosaur Jr, for instance – than their British peers. Still, their reformation in 2008 led to a reminder of the band's prowess, leading to 2013 where the band began writing new material resulting in 2015's solid I Wasn't Born to Lose You.

Now a fully operational outfit again, Future Ruins sees the Oxford band full of swagger; confident in their abilities as a major influence on both the UK and US alt-rock/shoegaze scene. Opener 'Mary Winter' is a hard-hitting re-introduction to the group and serves as a perfect reminder of what this band is capable of, setting the scene early. Meanwhile, the album's title track leans more into the softer, shoegazey elements they are also famed for, building a remarkable atmosphere that prevails over the rest of the record.

Future Ruins progresses at a pleasing rate, though it never really pushes beyond its genre confines. Every track here is solid-to-good-to-occasionally-great with a friendly, familiar vibe of a bygone nature without ever really presenting anything new or challenging. There is no doubting that Swervedriver's peak came in the Nineties: often it feels they're doing a mere impression of that fruitful period. Tracks like 'Drone Lover' and 'Spiked Flower' are great mid-tempo rockers with a predictability that will please anyone enough who is a fan of the band and genre as a whole, but may not capture the imagination of many other potential new listeners.

Ultimately, this is yet another solid entry into Swervedriver's impressive back catalogue, but there is perhaps only so long they can keep running their sound into the ground. There are plenty of great moments to be had here: last-minute winner 'Good Times' for instance is a highly catchy ditty, while closer 'Radio-Silent' is a beautifully hypnotic mood piece, showing they are still capable of making this near 30-year-old genre interesting and exciting. However, the major nagging feeling over Future Ruins is, despite all its positives, is why this exists as a new album in 2019 when it just as easily could have come out a quarter of a century ago.