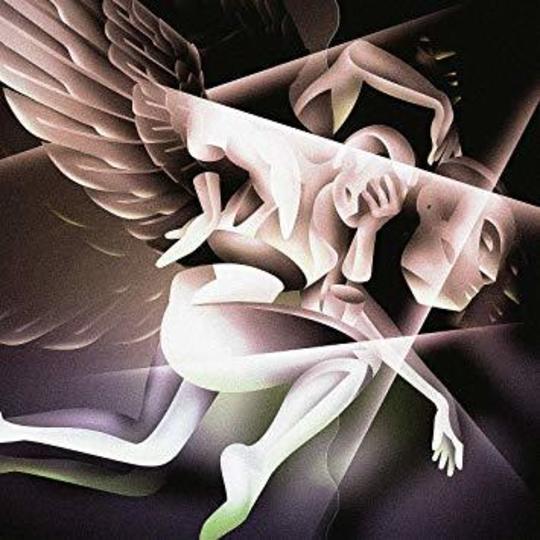 Proving that – whatever the world of politics might have us believe – months, even years, spent dead-locked in negotiations can lead to a new dawn of reconciliation and a functioning ongoing relationship; Smashing Pumpkins are reunited at last.

Well, not quite: frontman Billy Corgan may have persuaded drummer Jimmy Chamberlin and guitarist James Iha to rejoin the fold, but original bassist D’arcy Wretzky remains out in the cold after supposedly spurning the opportunity to rejoin one of the Nineties’ most celebrated rock acts.

Despite only being at three-quarters of their original strength, anticipation has been high for tenth outing Shiny and Oh So Bright, Vol. 1 / LP: No Past. No Future. No Sun., and the hype machine has gone into overdrive, expectant of a return to form heralded by the return of two original members. So does this throwback line-up deliver?

The Pumpkins have always been Corgan’s band and the near-total control he has wielded over their output is infamous: breakthrough album Siamese Dream was practically a solo record, Corgan recording nearly all the parts, percussion aside. So in most respects, the reintroduction of Chamberlin and Iha is unlikely to make much meaningful impact. The flip side of this deep-rooted arrangement however, is that a Pumpkins record largely succeeds or fails on Corgan’s contribution alone, and the frontman has largely drawn blanks of late.

Off the bat, Shiny and Oh So Bright… is not a record to win the Smashing Pumpkins new fans – it’s firmly in the vein of the quartet’s first three outings, albeit tempered by the rounded edges of middle age. Sonically, all the Pumpkins hallmarks are there: The fuzzy guitar riffs, tom-heavy rhythms and Corgan’s nasal vocals. Few tracks deviate from this formula, although opener ‘Knights of Malta’ does curiously introduce a troupe of soulful backing singers, and there’s a smattering of synth (à la Adore) elsewhere.

Corgan’s lyrics remain filed firmly under ‘angsty’, even if the compositions are a tad lighter than those of yore: ‘Silvery Sometimes (Ghosts)’ bounces along, a sonic nod to late-Nineties hit ‘Perfect’: “Someone dies tonight”, Corgan intones before a dark pan-out. “It’s tragic, but at least it’s not you”. Elsewhere, Corgan plumbs for straight-up nihilism: “Tear down the sun / Bring down the sun” he rails on single ‘Solara’, belying his 51 years on this planet.

Despite Corgan’s aforementioned all encompassing-influence, the album’s rare thrills largely stem from the unleashing of Chamberlin, and his thunderous drive gives spark to the record’s final third: stand-out track ‘Marchin’ On’, with its sizzling fills wouldn’t sound out of place on Mellon Collie and the Infinite Sadness; while closer ‘Seek and You Shall Destroy’ sees his flair elevate Corgan and Iha’s typically buzz-saw (if a mite bone-headed) riffs somewhat.

The Smashing Pumpkins in 2018 are an anachronism. Whether that’s an anachronism to relish, or render them irrelevant is up for debate, but Shiny and Oh So Bright… sadly offers little to further their considerable legend.