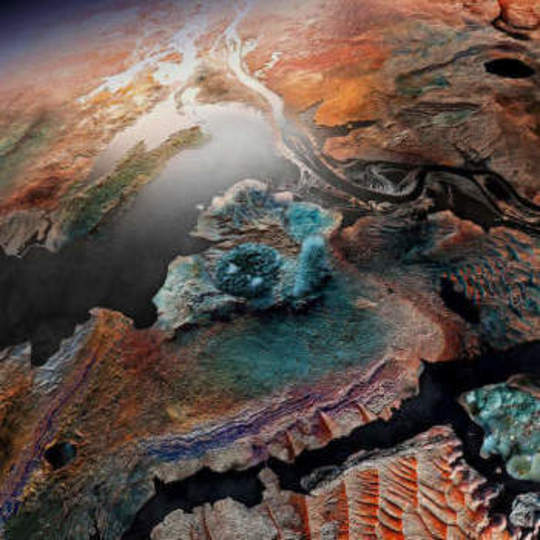 It is, remarkably, six years since the last album by Anja Plaschg (Soap&Skin) dropped. A brief piano-based affair that retained the atmosphere if not always the musical palate of 2009’s industrial-tinged debut Lovetune for Vacuum, Narrow cemented Anja Plaschg’s popularity in her native Austria and 20,000 copies across Europe. That exceptionally sombre record, largely inspired by the death of Plaschg’s father, now has a belated follow-up in the shape of From Gas to Solid / You Are My Friend. If Plaschg’s last album was informed by death, this record is as much characterised by life. In the last six years Plaschg has become a mother, and has taken on new creative lives in acting and soundtrack work.

One might expect such developments to have had a major impact on the Soap&Skin sound, but anyone hoping that six years away might have led Plaschg into more experimental territory will be disappointed by From Gas to Solid…. Restrained piano-led opener ‘This Day’, perhaps the album’s highlight despite its minimalism, sets the tone for a mature – but rather unspectacular – album of chamber pop that rarely takes chances. The best moments here are those that hint at distinctive new terrains (such as the droning ‘Foot Chamber’, the cosmic ‘Falling’ and the hypnotic ‘Palindrome’) but the possibilities presented at these junctures are only dangled in front of the listener. They are never explored in the depth they deserve.

Thankfully Plaschg is still a consistent songwriter, with a powerful voice that melds perfectly with the subtly expansive instrumentation on offer. From Gas to Solid… does a particularly good job of retaining a sense of intimacy that can easily be lost in records that dabble with chamber orchestration and electronics. ‘Heal’, with its polished bedroom pop air, and the gently propulsive ‘Safe with Me’ are cases in point. The frequent songwriting flair that Plaschg demonstrates only makes some of her decision making more difficult to understand, however. The decision to end the record with an entirely unnecessary cover of Louis Armstrong’s ‘What a Wonderful World’ (that has ‘bonus track’ written all over it) is no less than bizarre. Equally, given Plaschg’s clear compositional ability, one may easily puzzle over her failure to let some of her songs grow to their full potential. The likes of ‘(This is) Water’ and ‘Creep’ promise much but never develop beyond their initial premise.

This might be less of a problem if From Gas to Solid… did not come with the raised expectations born of Plaschg’s six-year Soap&Skin hiatus. As things stand, however, this is ultimately an unremarkable – and frankly forgettable – third album from a notably gifted songwriter. “It’s hard to find it when you’re in it”, Plaschg sings on ‘Safe with Me’. For many listeners, this line will sum up From Gas to Solid… all too well.