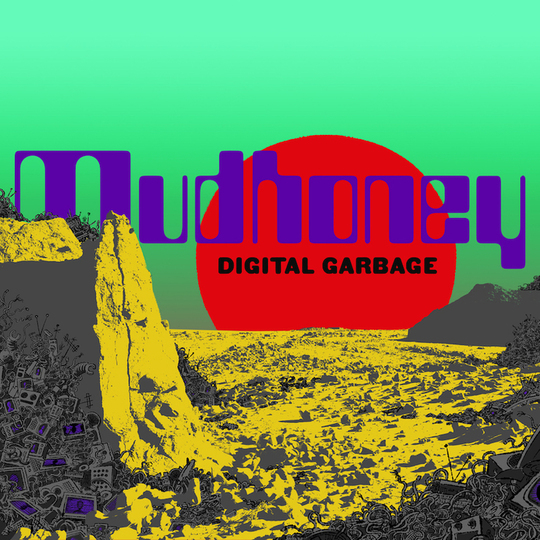 The twenty-first century is filled with noise. Notifications, video conferences and the President of the United States of America. There’s no room to think. At all. You sit down for tea and uh oh, there’s the 24-hour news blasting out of your telly. You go out for tea and... surprise surprise, the restaurant is pumping out one of those sickly Gary Barlow ballads. There’s no escape. The noise is everywhere.

On Digital Garbage, the group’s tenth studio album, Mark Arm and co. have step up to the plate, fighting noise with noise, and you know what, it might just work. Opener ‘Nerve Attack’ is as raw as the group have sounded in years. It’s all about the drooping yelps and Steve Turner’s slushing guitar melodies. It’s a lovely racket, and no one makes a lovely racquet quite like Mudhoney.

Despite this newfound life, on the whole Digital Garbage doesn’t deviate from the classic Mudhoney sound. The one, two punch of ‘Paranoid Core’ and ‘Please Mr. Gunman’ could’ve fallen right off the back of a lost Stooges record. The sort of Stooges record Iggy might have made if he’d sacked off James Williamson after Raw Power and brought in Johnny Ramone, just for a laugh.

In fact, with each and every passing album the group seem to be slowly morphing into the best Iggy Pop cover band in the world. That’s not a dig. Quite the opposite. It’s arguably the highest praise a band can receive. Even the worst Iggy covers band is 80 percent better than every other band. It’s a scientific fact. Look it up.

That’s not to say that the album is merely by numbers. ‘Night and Fog’ deviates just enough from the group’s usual formula to give the listener something to think about. The song is a filthy sounding dirge that builds towards perhaps the bands heaviest moment to date. It’s all chugs and symbols and swirls. It’s stomping music. Stomping music for people who like to stomp.

The group’s raw aggression carries on right until finale ‘Oh Yeah’. The track dreams of being anywhere but the present day, something that really encapsulates the record as a whole. Its short length and retro sound make it feel, rather bizarrely, like an encore, a nice little crowd-pleasing blast from the past to send everyone home happy. It’s slightly odd, but it works.

With Digital Garage, Mudhoney have provided the noise-escape of the year. The war may never be won, but at least now we’ve got somewhere to hide when it all gets a bit much.