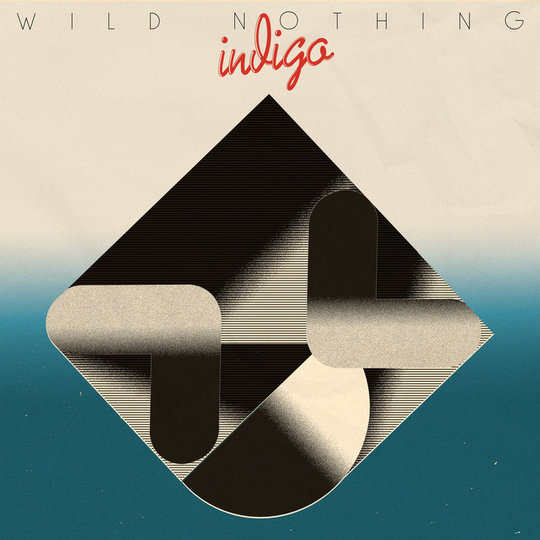 Wild Nothing's Indigo is certainly Jack Tatum’s most ambitious effort in quite literally every category. It's defined by complex orchestral arrangements and an overriding sense of meticulous attention to detail. Tatum frequently employs myriad studio tricks that makes his revered debut Gemini feel relatively tame by comparison. Like all of his releases so far, the best moments are wrapped in lush constellations of sound and an emphasis on an aura of reverie. However, the sheer focus on experimentation for experimentation’s sake make Indigo a frustrating listen at times.

There are plenty of abracadabra moments littered throughout the 11-song collection. It commences with standard Tatum fare, ‘Letting Go’, which abounds in flourishing synths and dreamy lyrics basking in romantic yearning. Tatum’s affinity for crisp, burgeoning lo-fi production lends itself well here, generating an added degree of sprawling escapism underpinning the verses. He mingles acoustic guitars with operatic strings on ‘Oscillation’, exhibiting his newly garnered production techniques in full display to a dazzling finish. But as I mentioned before, this propensity for experimentalism does not always render shining results, and when Tatum fails to weave the standalone pieces together in seamless fashion it smacks rather forcefully of ennui. ‘Partners In Motion’ is a pretty humdrum marriage of psychedelia, funky synths, and hints of jazz that ultimately coalesce into nothing even remotely resonant.

But aside from Indigo’s production value, Tatum’s sonically intrepid manner frees him to place a premium on more intricate lyricism than the sum of his past projects exude. We witnessed the evolution of Tatum’s poetic gifts on 2016’s Life of Pause, but here he ups the stakes even further. Bolstered by an infectious riff, ‘Wheel of Misfortune’ is mainly carried out by Tatum’s insistence on anecdotal detail and painting imagistic worlds for the listener, even if those worlds are somewhat simplistic in nature. The subject matter tends to remain the same - Tatum’s desire for romantic bliss and the nostalgia of failed relationships - but the songs are increasingly grounded in more realistic portraits than even Gemini’s best moments. But Tatum manages to maintain the delicate balance between enhanced lyricism and not overburdening listeners with convoluted attempts at prosaic grandiosity. A track like ‘Through Windows’ is deeply absorbing in the way he uses simple, conversational diction to relay a story as if speaking to a group of friends by the campfire.

The constant ricocheting of lofty instrumentation with visceral, storybook lyrics make Indigo an at times arresting listen, like the shimmering ambiance of ‘Flawed Translation’.

But oftentimes the formula comes up short. ‘Canyon on Fire’ is bathed in a melange of distortion and entrancing synths, but unfortunately never amounts to anything more than an adventurous soundscape for Tatum to flail under. ‘Bend’ is a dismal mismatch of airy tones and possibly Tatum’s most monotonous vocals to date. This issue is emblematic of his career thus far: technically expanding his artistic prowess while failing to capture the immaculately cohesive, enthralling atmosphere of Gemini.

Some would argue that the lionising of Tatum following his debut was premature, but when his recipe comes to fruition, it’s exceedingly difficult to cast him off. As Tatum evolves as an artist, hopefully he will eventually be able to wed his sonic wanderlust to the adhesive lifeblood of his earlier work.