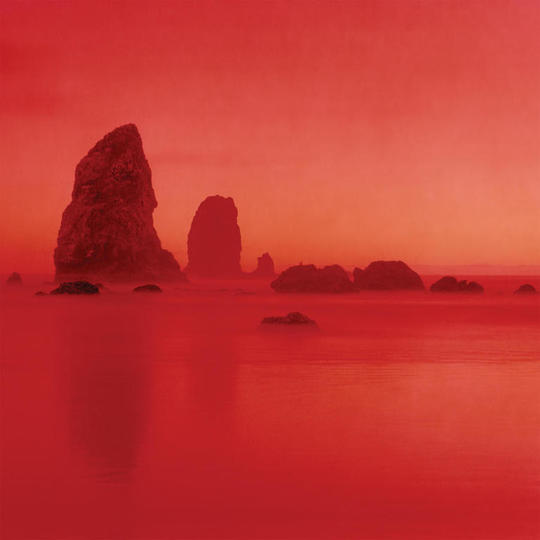 Sigh. Great. Here comes another underground resurgence that pawned off their brass knuckles for a strobe light.

Back in the day, Gang Gang Dance were quite the proposition. Surrounded by clattering drums, Lizzi Bougatsos caterwauled on shifting sands, like an Arabian dancer locked in a cage fight with Animal Collective. Florence Welch of Florence & the Machine dug ‘em so much, that she even stole one of their lyrics back in 2010. After a fair run of EPs and albums, though, the Manhattan-based squad rested on their laurels for seven years, leaving the record-buying masses to chase other worldly novelties. Kazuashita, then, is the barely audible sigh that follows when you crack open the vacuum-sealed bag that preserved GGD in that hiatus – everything’s there, but crisply folded and flat.

Yes, ladies and gents, we are bored, and I shall now paint a more vivid picture of that ennui for your elucidation. Picture magenta. Dial that down three notches. Fill a room with this faded fuchsia; add a few stainless steel tables, some mismatched chairs, and some baristas behind the counter. Now just pipe Björk, Cocteau Twins, and maybe even some Depeche Mode into the house music, and – congrats! You’ve just established a franchise, just as 'Lotus' establishes Kazuashita: a novelty, a full-body 'experience', gestures of empathy, with more emphasis on the 'vibe' in the room than the actual product.

Thing is, even a franchise pursues a stated goal, albeit at times with coded pseudo-ethics that almost always translate into 'we just want your loyalty'. The aims of GGD, on the other hand, seem muddled in lacy synths and phantom beats. If the whole album could’ve floated untethered from the earth, I’d be down for these mixed messages – like in ‘Too Much, Too Soon,” which is like if Art of Noise could Netflix and chill with a rose-hued bong. But two monologues plopped into “J-TREE” and “(novae terrae)” suggest that some objective exists, to tie this oneiric haze with the imminent apocalypse (be that a natural or nuclear advent). But when “Salve to the Sorrow” cascades down at the end like a wet dream with Kate Bush and Xiu Xiu, we’re at a baffling crossroads. Is the answer to this postmodern paralysis always satin sheets and some melatonin?

Ultimately, that unresolved tension taints everything. If GGD want to crack into the pop world, then why is ‘Snake Dub’ so fraught with crossed wires, tedious detail, and an aged intrigue with dubstep? If GGD wanted to create a parallel dream world in the clouds, why does ‘Young Boy (Marika in Amerika)’ try to intimidate you like a thug with his passing knowledge of the band’s old worldly ways? If Kazuashita is designed to convey a message, then why can we rarely interpret Bougatsos’s otherworldly wavelength of a voice? Confusion feels like bliss when you’ve chugged a potent brew, but here the consumer just feels cheated out of either an epiphany or a good wine.

This has been a year chock full with surprise comebacks, for sure. But where other returning champs have challenged themselves to become an even bigger spectacle when they step back into the ring, GGD has fallen back into safer galleries to showcase their work. And even though the title track pushes for a Fuck Buttons-sized epic, there’s just no titanium hook that lodges in yr earlobe and pulls you back, or any cinematic transition that burns into yr retinas. Nevertheless, Kazuashita may still win you over yet – but only later, much later, after many more moons have passed, and after many more strobe lights have blinked their own indiscernible codes.