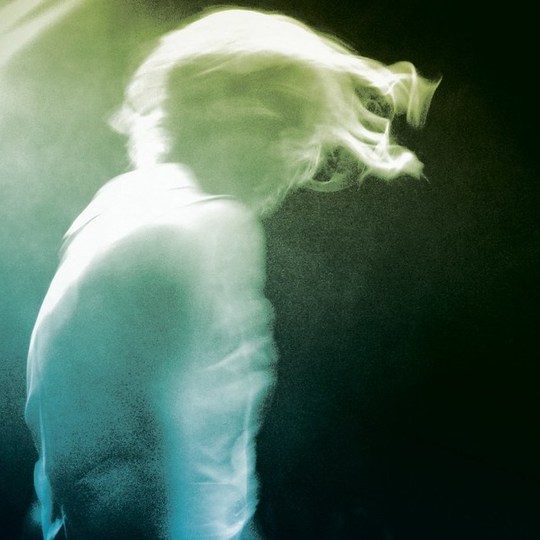 The headlong rush to consume, categorise and understand new music before, quickly moving on to the next new single, new EP, new album has become one of the defining characteristics of the contemporary listening experience.

Some albums, though, require and deserve close attention, repeated listening, revealing their intricacies and inner-depths long after the initial rush of vibrant rhythm or sugary close harmony has faded away. It will probably come as no surprise to you that I consider From the Light the second album from The Sea the Sea to be just such and album. This is folk-tinged pop of the highest order.

Having grown from the initial pairing of Chuck and Mira Costa, primary songwriters for the group with the addition of Cara May Gorman on vocals and synthesizer, as well as drummer and percussionist Stephen Struss, the sonic possibilities open to The Sea the Sea are much wider, as well as more challenging and ultimately exhilarating for the listener than they were previously. Production from Tony Pohl gives each element of the band plenty of room to breathe and space to shine, showcasing the versatility of both the songs penned by the Costa's and the quartet themselves.

This album has everything you could possibly hope for. It starts deceptively-gently with 'All Go Right' which gives the initial impression of being an off-cut from The Civil Wars before expanding it'a palette with orchestral and percussive flourishes. Beautifully mixed vocal lines sweep in and out, weaving around and in between one another as the newly-expanded four-piece set their stall out early on.

But it would be a mistake to think of this record as an insubstantial slice of atmospheric pop. For every gentle ballad-esque moment such as 'Gemeni' or 'Let it Be Said' which is as ready made for a key scene in Grey's Anatomy as any song has been in recent memory with its “When you come to me, let it be real, may the road rise to meet you the wind at your heels....we go with no apologies or we go alone” refrain and lilting 6/8 rhythms, there's the pleasant surprise of the driving 'Phototropic' or the aptly named 'Ricochet', which skitters around, giving each member of the band the opportunity to truly shine.

By the time of closer 'Take That' any sense that The Sea the Sea are mere pretenders will have long-since faded away. This is substantial modern pop music, in the vein of bands like The Magic Numbers, another act with a recent album who are incredibly consistent and innovative but who remain oddly overlooked. This is a beautifully mixed and intricate record deserving of wider acclaim.