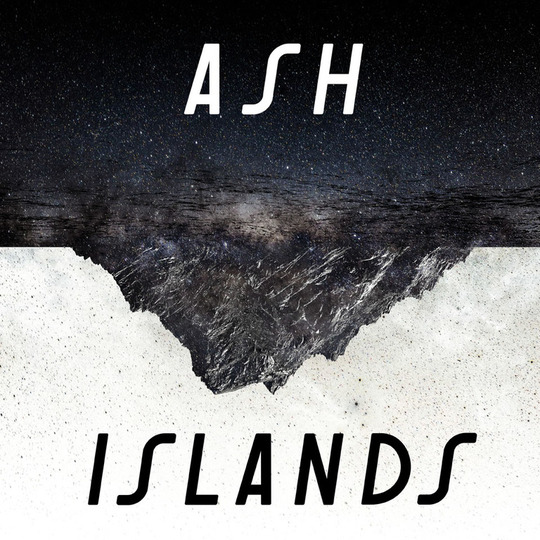 I love that Ash are still here. I really do. To those of us discovering the petrol-and-lemonade cocktail of the alt-rock/Britpop axis in our teens, Ash were one of those bands that were truly ‘ours’. They were within grasping distance of our age, still at school when 1994's Trailer established a template recognisable a quarter-century later on their eighth record. They liked the same things that we liked (Star Wars, Nirvana, pop culture references, vodka and coke, snogging), and they funnelled it all into buzzing melodies and a delicious romanticism that understood that distorted guitar, a Boba Fett action figure and a broken heart were the recipe for pop magnificence. We wrote their name on our exercise books. They were that sort of band. I remember cycling to my girlfriend’s house on a summer’s evening in 1998, my knock-off walkman loaded with a ‘best-of-Ash’ mixtape I’d dedicated hours to the previous night. It opened with ‘A Life Less Ordinary’, and the second the drums kicked in I crested a hill and started to speed down the other side, toward my first real love. When I hear Ash, I’m still there - frozen in a moment of perfect teenagedom.

A new Ash album, then, is always a treasure and Islands is unmistakably, from the very first note, a new Ash album. It’s tempting to evoke a trite 'back to the their best' narrative here - after all, the trio are back on Infectious, the label that steered them through their hitmaking purple patch (and the best named record-label in the world - FACT). But that would imply they’d ever been away. They haven’t - in fact across 25 years their output has been remarkably consistent, and though the big hits and the Ivor Novellos have dried up, that has more to do with changing tastes and bad luck – the quality has never really dropped.

Eight years on from the A-Z Series's slightly petulant 'we’re not making albums any more' experiment, with the palate cleanser of 2015’s fun-if-rather-slight Kablammo! having set things back on track, Islands arrives as the trio’s most consistently enjoyable full-length record since Free All Angels. Within you can find the very soul of Ash: buzzsaw punk (‘Buzzkill’, ‘Annabel’), swooning heartbreak (‘Did Your Love Burn Out’), Weezerish epics (‘Incoming Waves’), sheer pop (‘Confessions In The Pool’, ‘Silver Suit’) and a Star Wars reference (‘It’s A Trap’). Tim Wheeler’s knack for an earworm delivers three or four velcro hooks per-song, a hit rate that most hyper-produced major-label pop acts would kill for, and his gift for distilling complex emotions into relatable couplets (”I broke all of my rules/ I broke them all for you you/ Now I feel like such a fool”) remains as sharp as ever.

It’s probably unfair to like a record just because it evokes instant, delicious nostalgia. People don’t make albums purely to make me feel 17 again. Happily Islands stands on its own two feet, and though it’s difficult to detach Ash from their place in British music, anyone coming fresh to the tongue-in-cheek lash of ‘Buzzkill’ or the end-of-the-line stillness of ‘It’s A Trap’ would probably fall just as hard for their charms as those of us who still know all the words to ‘Oh Yeah’ and ‘Petrol’. Wheeler’s fondancy for the simple surf-pop of the 50s and 60s, tethered to the trios ability to make a right-old-racket with fuzz pedals and a rummaging toybox attitude to synths and beats, delivers enough light and shade to sound timeless rather than dated. The band’s well-honed chemistry means they can move from the sun-drenched exuberance of ‘Confessions By The Pool’ to a deep-dive into something as layered and musically emotional as closer ‘Incoming Waves’ with justified confidence.

I really like Ash. I have done since my mate Jenk gave me a cassette of Trailer, with an Evening Session recording of ‘Kung-Fu’ tagged on the end (alongside Jilted John, a Urusei Yatsura Peel session and Hot Butter’s ‘Popcorn’ - it was a good tape.) I was probably always going to like Islands. There’s more going on here than muscle-memory and fangasms though. This is a slick, confident, emotionally mature and balanced album, crammed with zingers, from a band who know their territory like the back of their hands.