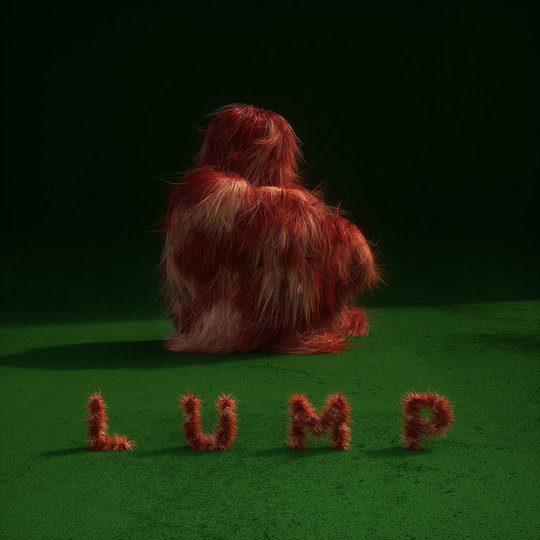 When you think about it, the Cassandra of Greek legends and the Lorax of Dr. Seuss’s canon are the same character. Sort of. I mean, OK, one was a human who foresaw the fall of Troy, while another was an orange fuzzy ball that tried to stop an industrialized city from destroying the earth. But you see what I mean – when prophets in literature try to ward off certain destruction, no one believes them.

Now, where am I going with this? Our subject today is LUMP, the anthropomorphic furball between Laura Marling and Mike Lindsay. Neither of those folks are prophetic, just prolific – both have ventured far and wide across the British countryside, with Dylan-esque rambles from Marling and quaint electronic via Lindsay’s Tunng. Yet LUMP is its own entity, a synthetic hirsute creature born in Seuss’s whimsical wasteland – and while this first album only grants us a fleeting glimpse, Marling and Lindsay convey startling visions through their new vessel.

What still remains in LUMP’s world? If you fast forward to the woozy and wonderful single 'Curse of the Contemporary' (I won’t stop you – it’s too mesmerising to ignore), you’d imagine the blazing bright desert that Siouxsie Sioux and company trekked through in 'Arabian Nights'. But behind that, you’d feel the cool breeze of droning flutes that loop through the lagoon, especially the half-Portishead, half-Joan As Police Woman cavern of ‘Rolling Thunder’. And if you push forward, the last heavy machinery of mankind hums like a Kraftwerk steam engine through 'Hand Hold Hero'. As distant as these coordinates might seem, they’re all on the same grid, so that LUMP resides in a fully rendered & self-contained space; each zone allows the other to exist.

What does LUMP see? The story goes that Lindsay constructed this blasted landscape before Marling penned the words, which might explain the poignant disjointedness of her lyrics. We’re certainly not just staring out from a cabin in the woods; rather, our protagonist seems to look down from an omnipresent angle, injecting literal human essence into the automated Zen. “Please don’t leave your bed in a mess / just in case you get some new guests,” Marling advises in the Feist-like dormitory of ‘May I Be The Light’. It’s the kind of admonition that your mother drills into you, and which you obliquely ignore, because what guests would drop by your third floor apartment? But that dissidence – between the old world of spontaneous hospitality, and the new one of self-imposed hermitage - is precisely what Marling wants us to feel, as “Shaking the Shell” laments through a wondrous round: you won’t shake your shelter / and your shelter won’t shake you”.

Yet, in a more radical move – and perhaps with the most compelling rhetoric – LUMP further deconstructs individuality itself. The pocket odyssey of 'Hand Hold Hero' almost veers into pedantic when dissing consumption as a source of identity – “money didn’t buy you nothin’ at all / except a ball for your chain”. But those teachings align with the far more imaginative “Curse of the Contemporary”, which contrasts the true and unyielding light of the sun to the ever-shifting glare of a mobile screen’s information overload: “we salute the sun because / when the day is done / we can’t believe what we’ve become / something else to prey upon.”

So LUMP, the hirsute prophet, warns us against isolation by diminishing our power to “create” ourselves. From this lens, the disappointing finale makes sense – here, over a slathering of psychedelic signifiers, Marling simply recites the sleeve notes of the album, with the foreword that “LUMP is a product”. Again, a bit heavy-handed, but it’s all part of the lesson: behold, the visionary itself is a composite, a community, the shining paragon of its own philosophy. Maybe the creature’s orange hair is mere coincidence – but maybe Lindsay and Marling do hope to pass some seed to the willing passerby, to inspire others to consider the artifice of their own selves. And, if the results could always mesmerise and captivate as much as LUMP’s too-brief debut, perhaps we’d listen and follow suit.