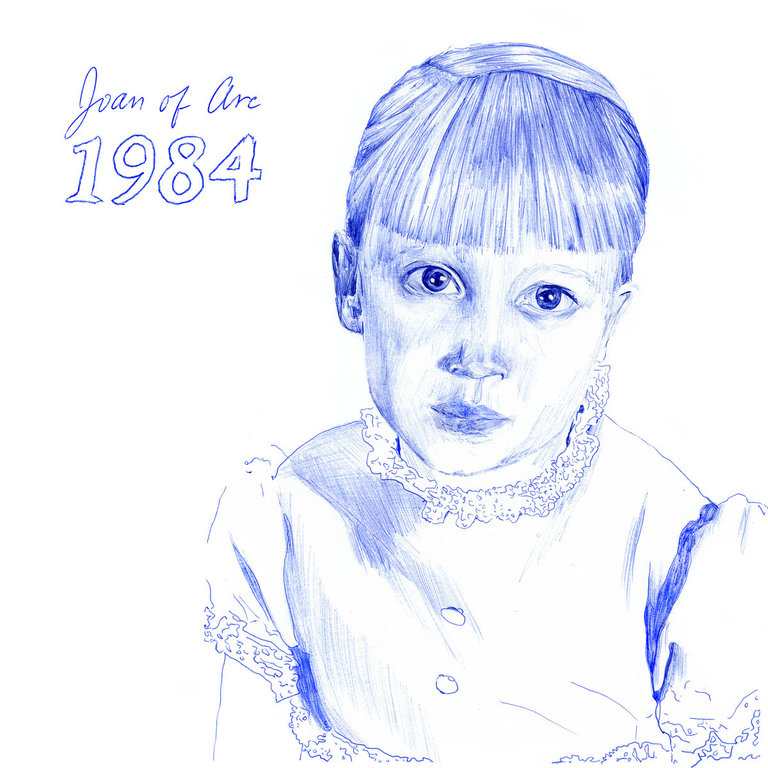 Adapt, they have, die, they most certainly have»

Over their 20-odd year discography, Joan of Arc’s astute, endlessly probing musical experimentation has been chorused by a barrage of voices, mostly from the singular larynx of mainstay Tim Kinsella. Richard Brautigan, Mark Twain, Elizabeth Taylor, and Assata Shakur might visit his lyrics, but it’s the band itself that contains multitudes. Ever since Joan of Arc's most recent lineup - Kinsella, Theo Katsaounis, Melina Ausikaitis, Bobby Burg, and Jeremy Boyle - began playing shows together in 2015, fans have witnessed an even more radical democracy at work. Live, old jams and new tracks have often melted and mutated, members jumping from instrument to instrument in between or in the middle of songs, all stasis discarded. And now, a series of nearly a cappella performances from Kinsella’s fellow vocalist Melina Ausikaitis, debuted live by Joan of Arc over the last several years, has become the backbone of their new LP, 1984. Thoroughly of the band’s lineage, Ausikaitis’ lyrics are equally measured with wit, despair and stubborn perseverance. Like the album’s striking hand drawn cover art, the music inside is often spare; anthemic highs ring from elegiac lows and back again. At times, Ausikaitis sings in an earnestly tangy and lovely flat twang redolent of the midwest, before screwing her voice up into a fearsome roar. Sometimes her voice is electronically distorted, like bells in the sky, into ringing eternity. Remarkably, so much of the cluttered sound of earlier Joan of Arc LPs has largely fallen away on 1984, as has Kinsella’s voice. At first it’s genuinely shocking. But the songs here are a revelation, as profound and plainspoken as parables.
description from www.roughtrade.com