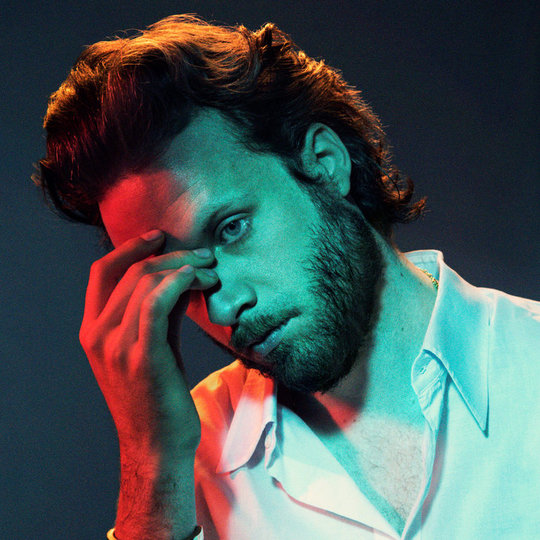 According to writer and broadcaster Malcolm Gladwell, it’s specificity which separates those songs which you want to wallow in, and those that are simply backing tracks to our lives. Songs that are lyrically precise - hooking us in with relatable anchors of detail - are the ones we cling to (and occasionally cry to) above all others.

Four albums in, Father John Misty aka Josh Tillman has proved himself a master of detail, sweating the small stuff to create character-rich vignettes which lampoon and lambast humanity’s failings on both a macro and micro level: ‘What the fuck is going on?’, he asked the audience mid-set at a recent US festival performance, encapsulating the desolate worldview reflected on record.

Although musically similar to its predecessors, a throwback to the soft rock of the Seventies, God’s Favourite Customer sees Tillman distill the focuses of his two prior records - the toll of love (I Love You, Honeybear) and political and environmental mess that humanity has caused (Pure Comedy).

Tillman’s trademark wry humour is noticeably pared back here, with the sole exception of ‘Mr Tillman’, a Groundhog Day-esque telling of day after day of debauched behaviour which sees our hero reflecting on proper hotel etiquette over a driving beat and folky harmonies - mattresses are left out in the rain and fellow guests insulted before the episode screeches to a halt, slumped on a bar stool as dark humour gives way to something more serious.

The power of specificity is highlighted poignantly halfway through on ‘The Palace’, a bleak piano-driven number telling the story of an exiled protagonist, living out of a suitcase after one infidelity or binge too many: "It's only been three weeks / and a bag of speed from Jamie the PhD", Tillman laments before mulling over an attempt to care for something (anything) effectively. "Maybe I'll get a pet / Learn how to take care of someone else / Maybe I'll name him Jeff / But I think it might defeat the purpose / Of living on housekeeping and room service".

The centrepiece of the album’s dark core however is ‘Please Don’t Die’, a country-tinged ballad laying bare the challenges of living with depression - both for the one affected and their helpless partner: "One more cryptic message / Thinking that I might end it / Oh god, you must have woken up / To me saying that it's all too much / I'll take it easy with the morbid stuff". By the time we get five tracks in, any notion of humour has been put completely aside, and we’re left with an exposed obsidian centre. It’s brutal and brilliant stuff.

God’s Favourite Customer isn’t quite perfect - it lags in the final furlong as piano ballads are fallen back upon one too many times (the title track, ‘The Songwriter’) and lacks the unified overarching narrative of ...Honeybear - but it continues to showcase one of the finest songwriters of a generation. We need his barbed and brilliant tunes more than ever.