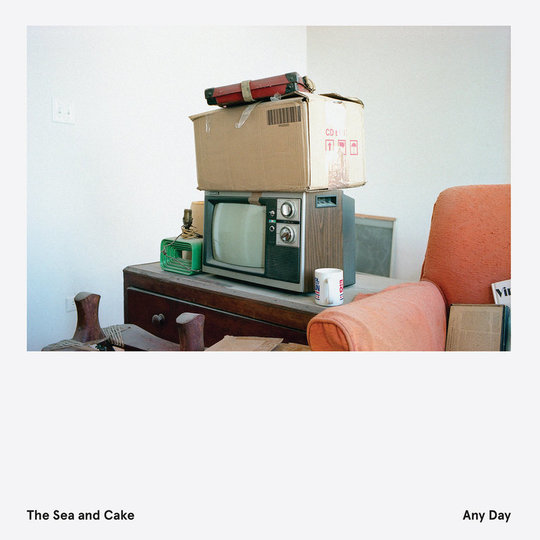 A jewel in the glistening crown of Chicago imprint par excellence Thrill Jockey, The Sea and Cake have occupied a consistent slot in the pantheon of cultivated indie rock since the mid-1990s. Their first album recorded as the trio of Sam Prekop, Archer Prewitt, and John McEntire, following the departure of bassist Eric Claridge, Any Day has been offered up by their label as an open invitation “to a world that is both familiar and unexpected.” With another act, this might feel like a safe clause to cushion stasis. With the Sea and Cake, it’s both theoretically reassuring and, in reality, completely on point.

Six years on from the well-received Runner, the nuanced ingenuity that has coloured their output is on full-blown display on album number 11. While its titular lead single brims with subtly epiphanic pop flourishes, closer ‘These Falling Arms’ emerges as a blueprint of The Sea and Cake’s collective knack for striking a midpoint sanguinity and sophistication. Though earworming breeziness isn’t in short supply elsewhere, it’s a focal point here and on ‘Paper Window’, a peak that melds the mellowed-out sway of Beatles’ ‘Sun King’ and Fleetwood Mac’s ‘Albatross’ and re-fashions it for soundtracking solitary city walks for the modern age. Unfurling via a melange of instruments, including flute and clarinet courtesy of Brian Wilson collaborator Paul Von Mertens, the promise of coexisting familiarity and unexpectedness surfaces sublimely.

As hoped, if there’s one thing that comes to the fore on Any Day - not least upon a fourth or fifth repeated listen - it’s the continued singularity of Prekop and co. With Hoboken's finest Yo La Tengo perhaps the only band to rival their knack for blurring the lines demarcating pop, rock, jazz and far beyond, this isn’t merely a remarkable return: it’s one most the most assured - and assuredly rewarding - albums of the year thus far.