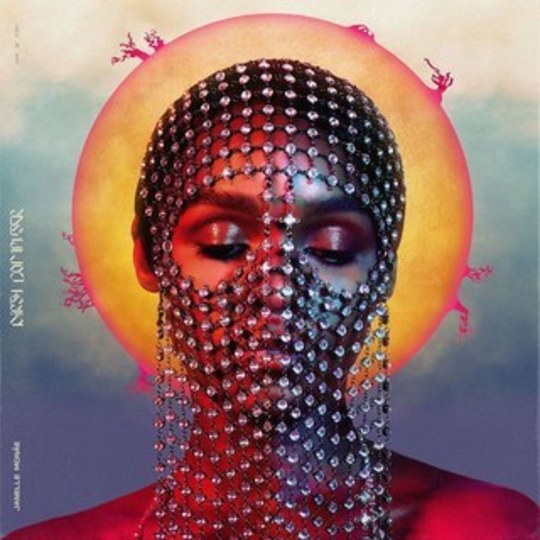 Of all the alt-R&B stars of this decade most likely to transition into just straight up pop music seamlessly, Janelle Monae always seemed the most likely. This is largely because; her two previous full-length records, 2010’s The ArchAndroid and 2013’s The Electric Lady are already bona fide masterpieces in their own right.

Between those two records, Monae instantly showed her ambition and the scope of her imagination, traversing several genres, sometimes in a single song, while exploring her 'othered' alter ego Cindi Mayweather. On those albums, Cindi represented an android who had the audacity to be attracted to a human, as was consistent with her sci-fi themed takes on pansexuality. However, after taking some time out to star in the excellent movies Moonlight and Hidden Figures, her latest, Dirty Computer, see Monae’s full sexual awakening committed to tape in some of the glorious pop music committed in recent times.

Despite the pre-amble that this is Monae’s poppiest album to date, and it unquestionably is, that isn’t to say she’s lost any of her scope or ambition – Dirty Computer still clocks in at just under 50 minutes and shows plenty of the stylistic shifts we’ve come to expect from Monae – it merely just means she’s condensed it into a more cohesive and direct pop record. That directness was immediately made obvious on lead single ‘Make Me Feel’ which musically is an ode to the late-great Prince (who also worked on the track before his death) whom surely Monae can now be argued as the spiritual successor of, where Monae takes her sexual desire and hunger and places it front and centre for all to see.

Spiralling out from that centre-point, Dirty Computer are 12 meditations (and two 'dreams') on, sex, power and race in contemporary America (and beyond that, social media’s interactions with) explored with the kind of deft-touch we have come to expect from the Prince heir-apparent – Princess (?) – though her overt politicising is a new and important element to her third full-length. For instance, sampling Martin Luther King’s famous 'I have a dream' speech is a well worn-trope within rap, R&B and pop, but here it is re-fashioned to represent the current world in which attitudes to race and sexuality are changing in certain 'woke' circles, but perhaps getting more regressive as a reactionary result from others.

At its best, Dirty Computer’s middle run is an absolutely stunning achievement in landmark pop music. Running up to the aforementioned ‘Make Me Feel’, the Zoë Kravitz-featuring ‘Screwed’ surely stands to reason to be one of the biggest hits of summer pop of 2018, while its thrilling transition into ‘Django Jane’ is one of Monae’s most powerful moments, hardly giving a breath to a constant three-minute battle-rap, before becoming a diatribe, returns to the summery-pop of the ‘Stand by Me’ re-worked ‘Pynk’ featuring Grimes. Elsewhere, Pharrell Williams (‘I Got the Juice’) and Brian Wilson (‘Dirty Computer’!) make excellent contributions, but Monae is the star of the show.

Dirty Computer’s only problem is that it begins to run out of steam towards its final third, though not so much to effect the rest of the record too much. After its amazing middle-run, Monae’s third full-length starts to shake a little under its own weight, such as the six-minute ‘Don’t Judge Me’ which is a little bit of a slog to get through when it is largely repeating themes and ideas Monae has already expressed more explicitly and effectively earlier on, and while finale ‘Americans’ is largely an ironic song about the type of country Monae wishes she lived in, it has a tendency to taste a little sour all the same with its overt Americana imagery.

Regardless, Dirty Computer is yet another example of Monae’s prowess and mastery as well as being perhaps her more important statement to date in terms of addressing contemporary America. While she had already mentioned her 'non-linear' sexuality in the past, partly from answering questions about her androgynous fashion-sense, her third record comes at the time of her most concise 'coming out' and she has laid the process out for all to see during a time where a more open dialogue about different variations on sexuality and gender is starting to take place. While some fans of her earlier, more challenging, material may be mildly disappointed sonically by such a straight-up pop record, even they must acknowledge what an important album this is both personally to Monae and socially to the current world, and for that, it is a successful and pleasurable work.