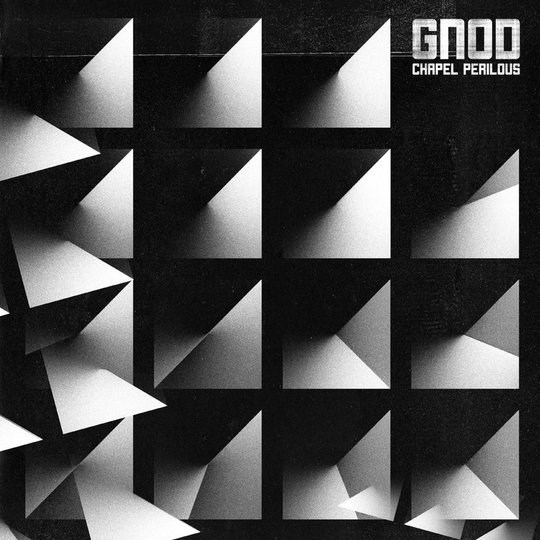 Gnod take inspiration for their latest from the writings of Robert Anton Wilson. In his book Cosmic Trigger he described a state whereby a person fails to ascertain whether something is supernatural or a product of their imagination. He argued such a quandary led that person either to agnosticism or paranoia.

Gnod could arguably be charged with both outcomes. Depending on your viewpoint, of course, the political fissions that charged Just Say No To the Psycho Right-Wing Capitalist Fascist Industrial Death Machine were far from the musings of delusional minds. Rarely has a band so successfully conjured the piss and bile that bubbles up in your belly in the face of crumbling notions of justice, fairness, and plain old decency. Equally, throughout their lifetime it's felt a fairly safe bet that Gnod don't answer to any higher power other than the unholy commotion they produce.

The idea of the supernatural converging with the every day seems a prescient notion, and one Gnod is a band undoubtedly well equipped to broach, as its a position their music seems to come from. Gnod make psychedelic music no doubt, but it also has a brutalism that feels all too real.

As has historically been the case, when the right rises culture and the arts are compromised. And again, it's clear to see with venue closures and arts funding slashed that the ability for anyone to create is strangled. And in many respects, technology has come to hinder rather than aid – particularly in the realms of more left-field and experimental artists. Interestingly it often seems to be the case that those are the acts that critique and question the institutions and organisations that govern us.

But from the fringes of the underground Gnod continue to battle away in the face of such opposition. They announced their latest with the release of ‘Donovan’s Daughter,’ a track so heroic in length and scope that it acts as a great primer for their ambition. The winding repetitive opening gives way to a contemplative interlude before they unleash power tool precision and intensity to reap a befittingly manic and heavy conclusion. It’s a hell of an opening, but one they’re primed to repay in kind.

The record is bookended by the heaviest tracks, and 'Uncle Frank Says Turn It Down' picks up where the opener left off. Gnod, of course, duly do the opposite of dear old Frank’s advice with clattering percussion, a drive it home riff, and an echoing, drifting vocal. It’s looser and more punkish than ‘Donovan’s tightly wound hysteria, but no less heavy.

The middle section of the album is more explorative with the metallic, bending and flexes of ‘Europa’ creating an unnerving interlude after the ruckus before it. ‘Voice from Nowhere’ has a crunchy, distorted beat that upsets the twinkling bells that ring out in front of it. It’s industrial rhythms slowly build almost unnoticeably, but as the work-like tempo is contrasted with trippy electronic bursts that cut through the grime the ending is indeed grand. 'A Body' rides in on a creepy monologue that begins with a corpse, and the nightmarish visions are encased in the minimalist musical suspense of metallic electronics, stabs of guitar, and near emotionless spoken word.

Once asked by The Quietus what Gnod would like to tell the world Chris Halsam replied, 'Rebel! Rebel! We are many, they are few!' In light of the recent Facebook data revelations, the idea that they can’t get inside your head seems to be in peril. And rather gloomily, Robert Anton Wilson argued there was no third way as an outcome of Chapel Perilous. Yet it seems Gnod have disproved both, and seem hellbent on making sure our one true power is retained; autonomy over our own minds and our own reality. Don’t listen to Uncle Frank, turn it up, take the power back.