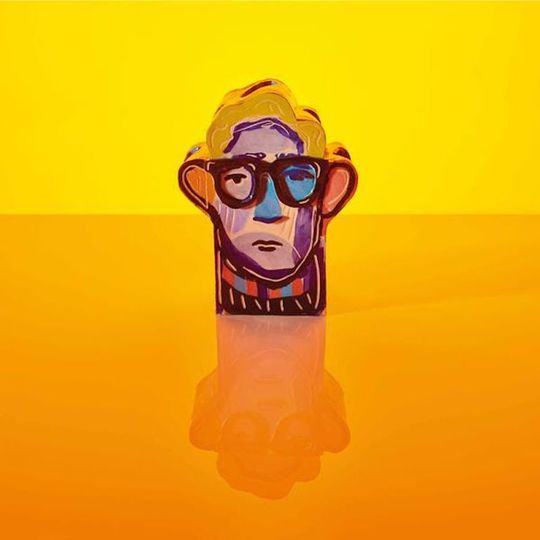 Alexis Taylor has never been an obvious solo artist for two reasons. Firstly, his band, Hot Chip, always felt greater than the sum of its parts and secondly, Taylor’s vocals, which are undeniably pretty but often lacking in forcefulness, were never the band’s strongest feature.

His past two solo albums have acknowledged this unlikeliness, in the sense that they’ve both felt like deliberately minor releases. Await Barbarians, from 2014, was a fragmented collection of strange piano ballads and synth experiments, while 2016’s Piano was more focused, zoning in on Taylor’s songwriting, but equally lightweight. Both records felt like attempts to scratch a personal itch rather than a clear step forward in his career.

Beautiful Thing is different then, as it’s the first Alexis Taylor album that feels designed to be heard more widely. With no official news of a follow-up to 2015’s Why Make Sense? for Hot Chip, Beautiful Thing is bound to attract more attention than his previous solo work and Taylor seems aware of it. This album is a tidier collection of songs that refines the experimental edge of his other albums. On Beautiful Thing, Taylor is cast as a studio musician in the style of early Brian Eno, adding unusual and eccentric textures onto Seventies pop ballads.

The title track and lead single is misleading in this sense. It’s the most overtly Hot Chip-like track here, opening with a wonky drum machine that sounds like its malfunctioning before building to a crowd-pleasing piano-house finish, and is largely uncharacteristic of the album that follows it. The only reoccurring feature from it is the uncomfortable atmosphere that Taylor and Tim Goldsworthy’s production brings. For the most part, Beautiful Thing is a collection of piano ballads that find Taylor caught between opposing styles – traditional vs. experimental, pop vs. avant-garde.

The album’s approach mainly consists of adding strange, mechanical sounds onto delicately written pop songs to mixed effect. On the album’s gentle closer, ‘Out of Time’, as Taylor meditates on the days used up and those still ahead, a roaring Berlin Trilogy-styled guitar can be heard in the distant background, upsetting the song’s simple structure beautifully. At other points, the experiments are less effective, like on ‘Suspicious of Me’, when the song’s erratic, constantly shifting drum pattern is ultimately unsatisfying. It’s all conflict and no resolution, and it doesn’t help that the song at the heart of it is one of the album’s least creative. Sometimes Taylor is too mild with his song-writing, such as on ‘There’s Nothing to Hide’; a song which is pleasant but feels like an over-extended interlude and doesn’t cover much ground with its six minutes.

Nevertheless, there are a lot of enjoyable moments on Beautiful Thing as well. ‘Dreaming Another Life’ is the album’s wildest experiment and its most successful, as Taylor’s sweet vocals clash with bursts of alien synth samples and distorted guitars. But some of its simpler tracks also succeed. ‘Oh Baby’ is a charming McCartney-esque rocker and the album’s catchiest song, while ‘A Hit Song’ is one of Taylor’s stronger ballads.

The album is more robust and purposeful than Taylor’s previous solo efforts, but unfortunately it feels inessential compared with his best work. The album’s two most distinctive songs open the project and it spends too long drifting between pretty but unspectacular ballads. These songs have not been fine-tuned like his best work for Hot Chip and more often than not, it still feels like Taylor is writing to please himself rather than his audience.

Beautiful Thing can be marked down as an interesting experiment but not a great record. It may end up being loved by hardcore fans of his song-writing but there won’t be a lot here for casual fans to come back to. It gives an insight into some of the idiosyncratic parts of Taylor’s taste and possibly offers clues to where he might go next with Hot Chip. Unfortunately, it doesn’t mark him out as a particularly distinctive solo artist.