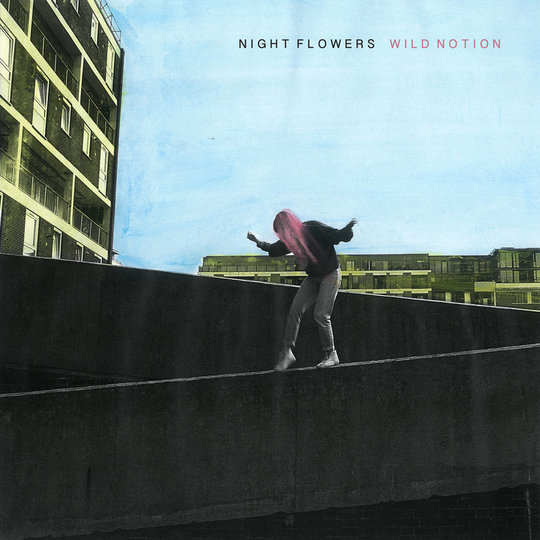 Last year saw it taking on the mantle of UK City of Culture and drawing three-and-a-half million visitors in the process; the musical programme included hosting the likes of Katy Perry, Kings of Leon and Lorde at Radio 1’s Big Weekend. By the end of 2017, more than three thousand events had generated in excess of £60m for the local economy, which is some going for a town that, since Philip Larkin died, has had precious little to shout about in terms of entertainment exports, with the obvious exception of that on-the-pitch team talk that Phil Brown gave at half-time against Manchester City back in 2008.

Now, they can add Night Flowers to the admittedly humble list of Humber hometown heroes, albeit ones that have done something that most provincial bands can’t afford to these days and moved to the capital. If they hadn’t, though, there would be no Night Flowers, or certainly not the iteration that’s made this charming debut record; it was in London that the group recruited their singer, Sophia Pettit, who hails from Boston (not the one in Lincolnshire, whilst we’re on the topic of the regional United Kingdom).

This transatlantic lineup of the band toured the country with The Pains of Being Pure at Heart last May and it’s not difficult to understand why somebody thought the two groups would complement each other; Pettit’s vocals are as clear as a bell and very much in the same vein as The Pains’ revolving lineup of female singers, A Sunny Day in Glasgow’s Jen Goma and Fear of Men’s Jess Weiss among them.

Pettit’s warm tones are front and centre on Wild Notion and provide the record with its primary sonic and emotional throughlines, although that isn’t to say that you get the impression that the rest of the band were waiting for the right vocalist to come along to act as an anchor for their instrumental impulses. Night Flowers nod to dream-pop and psych at points on Wild Notion but they never get lost in them; the soundscapes are carefully controlled, with handsome, chiming guitars ringing out over undulating beds of synth.

There’s nothing musically or thematically ground-breaking about this collection of songs and it leaves a slightly sour taste in the mouth that, in the album’s press release, somebody felt it necessary to note that the Hackney studio that the record was cut at is about to be bulldozed 'to make way for luxury apartments as the gentrification of London continues'. Wild Notion does a good line in endearing melancholy but it’s of the timeless variety; this isn’t a political record and it’s all the better for it.

What it is, in the end, is more than the sum of its parts. For all that Night Flowers are hardly reinventing the wheel here, if blissed-out, eyes-to-the-sky indie pop albums like this one were straightforward procedures then it wouldn’t be so difficult to try to recall the last time a new band made one as pretty and inviting as Wild Notion at the first attempt. It might even have put a smile on Larkin’s face, however briefly.