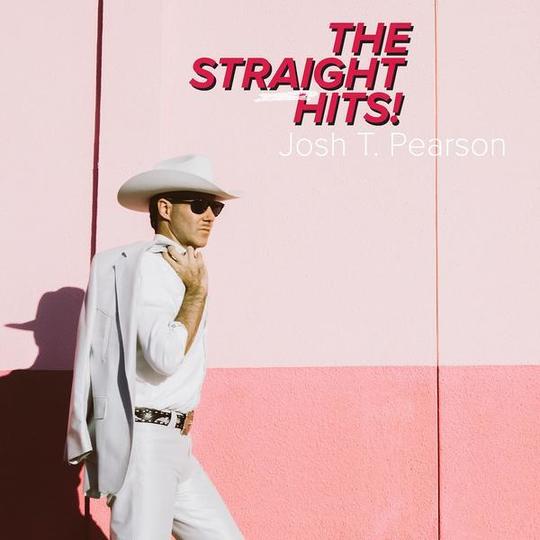 OK, before we get started let's lay down the rules

1) All songs must have a verse, a chorus and a bridge. 2) The lyrics must run 16 lines or fewer. 3) They must have the word ‘straight’ in the title. 4) That title must be four words or fewer. 5) They must submit to the song above all else. ('You do as she tells you, whatever the song tells you. You bend to her, and not her to you').

Got it? Cool. Let’s get going then…

The last time we saw Josh T Pearson was in 2011 on his instant classic debut album Last of the Country Gentlemen’. He was dressed in black, with a massive beard and singing some of the saddest country ballads since Hank Williams came to town. Since then he’s reformed his seminal rock band Lift to Experience and performed their classic album The Texas-Jerusalem Crossroads at the Royal Festival Hall then took it on the road. This foray with electric guitars had a profound effect on Pearson as they pepper his exhilarating new album The Straight Hits!

“Fast as a bullet, aimed by God, Shootin’ for stars, can not be stopped. Once I reach my zenith, more ammo’s gonna drop. So bow your heads boys, I’m bound for the top” is how Pearson welcomes us to the album, as guitars explode around him. ‘Straight to the Top’ is a full on rocker of a track. Its punk country backing track is full of energy you never knew Pearson had, given his slow burning back catalogue. This change of pace seems to suit him and he is revealing in it. As with his wardrobe, and the switching of black to white jeans, he’s not switching his lyrical content too. The chorus, “I’m goin’ straight to the top! I’m movin’ forward, and I can’t be stopped!”, feels like a punchline to one of the hilarious stories he tells during his visceral live shows.

Despite this new playfulness Pearson has developed, there are motifs from his previous releases that keep us on your toes. In five and a half minutes ‘Loved Straight To Hell’ conjures up memories of Lift to Experience’s cataclysmic post-rock but more concise, streamlined and in romantic turmoil. The amps sounds like they are about to explode while the guitars having pure emotion wrung out of them. Pearson is at his best when the chips are down and he is in the doldrums of a break up. ‘Dire Straights of Love’ and ‘A Love Song (Set Me Straight)’ feel like lost songs from Last of the Country Gentlemen. Like that album, ‘Dire Straights of Love’ is gut wrenchingly honest in his delivery of heartbreak, and like all the country greats you believe that this pain is real. It has a ‘Blue Velvet’ sway to it that really helps get it stuck in your head! ‘A Love Song (Set Me Straight)’ could be the most romantic song written in recent years. It is classic Pearson with soaring vocals, distressed guitars and a level of emotional outpouring that requires a tea and a bit of a sit after.

On The Straight Hits! Pearson seems to be having a ball. He’s playing loud for the first time since The Texas-Jerusalem Crossroads and it appears to be agreeing with him. The unabashed pleasure he gets from the album’s opener ‘Straight to the Top!’ is worth the admission price alone. There is an immediacy to the album, which really helps get the songs lodged in your hear. This stems from its inception. The album was written in just three days, and recorded in similar fashion. This quick turnaround really helps the songs stay lean and the production tight. After working on the 2017 reissue of The Texas-Jerusalem Crossroads engineer Matt Pence probably knows what suits Pearson just as much as the man himself. But if finest hour is how the guitar sounds. In places it sounds as loud as a jet taking off, later is feels like it will break under the complex lithe patterns being played on it.

This could very well be Pearson’s coming out party after years in the wilderness. He’s ditched his trademark beard and dark colours and looks like a spiv version of Shane, riding down from the mountain to save us from soulless auto-tuned pop and the next white-meat babyface indie bands. The Straight Hits! might not have the visceral punch of The Texas-Jerusalem Crossroads or the openness of Last of the County Gentlemen but it has more than its fair share of moments, even if Pearson admits breaking several of the five rules, but obeys an unwritten Sixth Pillar: musical rules are made to be broken.