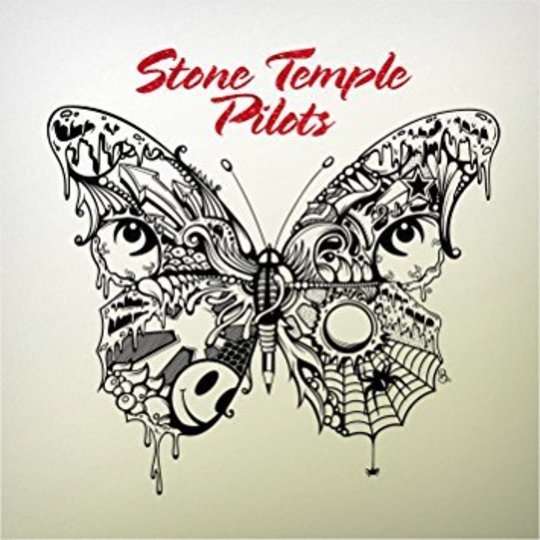 As time passes and contemporary bands ebb into the 'classic' fold, it seems like only yesterday when Stone Temple Pilots were considered by many to be a derivative, fake grunge band. But in the ensuing years since their big-selling early Nineties debut Core, STP have blossomed into one of the most creatively daring acts in American rock, commonly exploring the distinct realms of artistic possibility with each release. Despite various lineup changes, much publicised drug addictions, and the unfortunate deaths of Scott Weiland in 2015 and Chester Bennington last summer, STP is now regarded not only as a legendary force, but one of the hardest working bands in existence. Stone Temple Pilots (2018) functions not only as a proud and raucous mission statement continuing in the vein of their prolific tradition, but an audacious announcement that STP has no intention of slowing down anytime soon.

Original members Dean Deleo (guitar), Robert DeLeo (bass), and Eric Kretz (drums) replaced the band’s lead-singer void with Jeff Gutt late last year. A former reality show contestant, Gutt is a fittingly familiar face in the colorful Detroit music scene. Although the absence of Weiland puts somewhat of an unmistakable damper on their sound, Gutt is an eerily close imitation. He not only sounds a lot like Weiland, but simultaneously matches the energetic nature of the band’s central crux while pushing them in a fresh, daring direction.

The Deleo brothers are the true touchstones of the record. They seem to be feeding off a sort of barbarian energy that propels the band’s output into overdrive. On both 'Middle of Nowhere' and 'Guilty' they trade dynamic licks back and forth and allow Gutt the freedom his sprawling vocals need to amply breathe. The whole formula comes together rather beautifully on the Dean Deleo-charged 'Meadow'. It is the perfect lead single for a band looking to marry a well-loved, prominent sound to the modern tastes of today. To be sure, the band is definitely not focused on replicating the mammoth success they once had, but all members involved are definitely lending a keen ear to lifelong fans and newcomers alike. Although the lyrics are not as poetically dense as typical Weiland standards, the trademarked cooled melodies and lush instrumentals are prevalent throughout the album.

There is a clear bent of nostalgia underlying a lot of the material. STP are on a clear mission to conjure up the wizardry that made their efforts like Core such beloved musical time-capsule additions. Riding on the deeply textured bass playing of Robert Deleo and the punchy guitars of Eric Kretz, Gutt lets his vocals fly on 'Six Eight', a song that could rest rather easily alongside their previous cannon. But gutsy undertakings like the plodding 'The Art of Letting Go' are distinct departures from STP’s past efforts. 'Thought She’d Be Mine' is another slow-cooker atypical of the group, displaying the band’s propensity for heavy power-pop ballads in their latest iteration with Gutt at the helm.

In all of these endeavours the main trait that sticks out is the tight proximity of the band. The instrumentalists have over 25 years of experience playing together, but Gutt hardly ever comes off as the red-handed outlier of the group. He sounds at once comfortable and confident throughout the album, vigorously shifting his vocal outreach with the fluctuating rhythms of his bandmates. The steady, pulsating backbeat of 'Never Enough' is infectious, as Gutt sounds at once contemplative and aggressive - a commonly used Weiland tactic. The song is one of the best efforts in the entire STP empire and foretells an optimistic future for the quartet.

Although the band is definitely taking chances throughout Stone Temple Pilots (2018), there is not much deviation from the basic thrust of the songs. At times it seems like the band is hesitant to take further leaps with an untested frontman. Both the hard-rockers and slower ballads seem to fall under the same respective tree branches, and there doesn’t seem to be as many off the cuff moments as when Weiland was at the helm. It’s not a complete lack of experimental ventures, but a limited volume. Regardless, this latest version of the band has clearly found a style that works, and the album definitely exhibits a bold direction, even if the average STP fan would naturally like to see a higher volume of daring moments. In a what-have-you-done-for-me lately industry, the band seems to be grounded in a profoundly creative and stable place, still worthy of their 'classic rock' moniker.