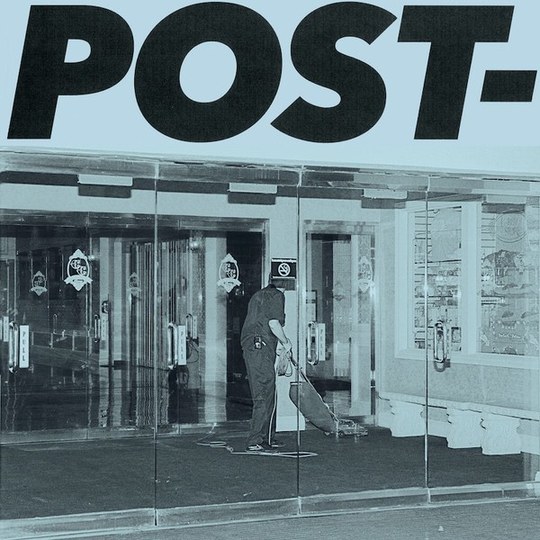 Last year I saw Jeff Rosenstock in a small venue as part of his UK tour. It was a night of visceral sing-a-song longs and emotional out pouring. As everyone left the venue I over-heard some fans talking about the future. 'Jeff’s next album will be his best'. 'Yeah, make or break mate, make or break'. Before I cold chime in , they were off down a side street and we were eulogising outside the venue ourselves.

In the sober light of 2018 POST- could certainly be the most important album of Rosenstock’s career. It’s certainly his strongest, and it does feel like it make or break. So far he’s forged a career as a semi-underground hero, releasing his stories of love, loss and redemption, either through his own Quote Unquote Records or other labels with a similar ethos. But now he has a collection of ten songs that translate his live incendiary live shows to record. The album takes the themes and musicality of Worry and We Cool?, but makes everything sound more epic and immediate.

This is exemplified right at the start of the album. After a five second spoken word opening, ‘POST-‘ starts with ‘USA’. The album opens proper with the line “Dumbfounded, downtrodden and dejected. Crestfallen, grief-stricken and exhausted. Trapped in my room while the house was burnin’ to the motherfuckin’ ground.” Then it launches into aggressive guitars. Its clear from the offing that Rosenstock is pissed off and has something to say. This is where we want Rosenstock to be. As the song progresses it skews and mutates from the abrasive punk of the opening salvo, to encompass power-pop, prog synths, halftime cheerleading, 8-bit chill outs and straight up rawk. This is Rosenstock’s power. The ability to mix diverse genres, and instead of a sloppy seven-and-a-half minutes of muddled, confusing music, delivers a tight and concise song that not only tells us immediately what we are about to experience, but what we are in store for.

‘Melba’ is a classic punk song. Snarled vocals – “This was a shit day. Can’t power through the haze, I’m tired of waiting for it to be over” – abrasive guitars and a feeling of anger towards things that are out of your control. But instead of the nihilism, that punk is known for, there is hope in the chorus. “Let’s go back to Melbourne. We can start over because. Mistakes get forgotten. Dreams can be remembered.”

POST- is an incredibly fun record, and its sequencing feels like the live experience. The way Rosenstock launches into each song is a delight, and live will be off the hook. The funnest parts of POST- are when its maker is firing on all cylinders and the music sounds massive and epic. This trope in other hands would come off as cliché, boring and selling out, but in Rosenstock’s hand it sounds fresh and exciting. His ability to make a simple chord change sound vibrant and intoxicating is flawless. This might come from the location of the recording sessions, East Durham by the Catskill Mountains. When you are confronted by snow-covered hills and swaths of open space, it feels like a blank canvas. And what better way to fill it than massive chugging guitars and catchy sing-a-long choruses. But its on the slower songs that you really get an idea of who Rosenstock really is. ‘9/10’ is a standout moment, on an album full of standout moments.