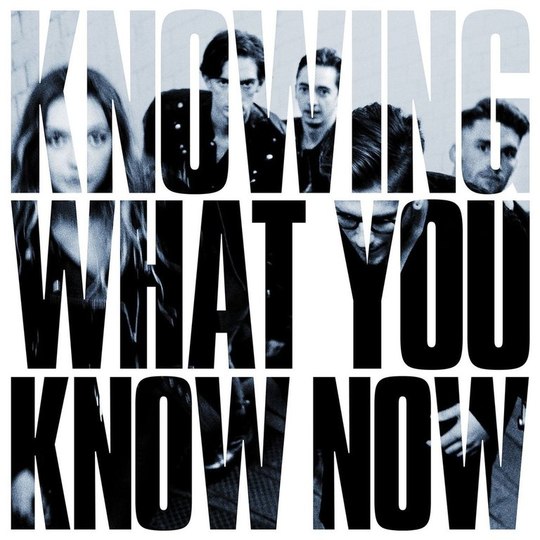 'This is my fighting album. It’s letting people know that if I can get through my shit, then hopefully you can get through yours,' Marmozets lead singer Becca Macintyre said to NME in an interview last year. 'I had this ultimate fear in my heart, mind and soul – I let fear do me over. I thought I was done. But fear never wins. I had a voice in my head going: get up girl, you’re going to be fucking fine'.

Indeed, Marmozets’ second full-length album does feel like a rallying fight-song, the five members – spearheaded by Macintyre’s piercing go-for-the-jugular vocals – battling a fiery revolution against their deepest fears and wrongdoers. Full of high-octane guitar power chords and punchy basslines, Knowing What You Know Now is an album about growth and fighting past demons. As far as revolutionising the pop-punk and post-hardcore sound, the West Yorkshire band aren’t pioneers. But each track is a solid offering – the sheer energy that pulsates through vocals as palpable as ever – and though they may be straying in their comfort zone, Marmozets know what they are good at, and they do it well.

Marmozets don’t give you any respite. Right from the get-go, opener 'Play" is a searing pop-punk number in which Macintyre is unapologetic and hard-hitting, pleading: “Don’t quit on me, don’t quit on me tonight”. Scattered throughout Knowing What You Know Now is a variety of anxieties and worries that Macintyre confronts herself with. “Stand up, get loose, get over it”, she continues in ‘Meant To Be’. The four opening tracks of the album are an endless rush of heavy-powered intensity that sound, more or less, the same – until ‘Insomnia’, which is a satisfying release from the never-ending influx of guitar exertion. In ‘Insomnia’, Macintyre is almost ghoulish and eerie in her vocal delivery, and it is one of the freshest offerings on the album. ‘Start Again’ leans more towards the pop side than the post-hardcore genre but Macintyre is sure to assert herself and her band in the latter category with her trademark billowing vocals full of – you guessed it –angst.

Predictably, Knowing What You Know Now is awash with angst. Marmozets are a post-hardcore pop-punk band, so of course they have a lot of angst. The angst spills over from the spitting choruses and the spiralling drum beats and the guitar chords. But it is an angst born from self-reflection and the constant anxieties that permeate the album. Macintyre was fighting several wars at once during the writing and recording. With the death of her grandmother and her knee operations almost causing her to call it a day , Knowing What You Know Now is a war cry that addresses all of her demons. In a way, it feels cathartic, even for the listener. The angst – as felt through the music, the composition and the delivery of Macintyre’s lyrics – is the sublimation of how she was able to rediscover her confidence and self-esteem after it was all blown out of her. You can feel it, discernible through the utter passion of Macintyre’s voice alone. But sometimes, the angst overspills. If listening to an album is a journey, you’re constantly left with needing a map to remember where you are – as the angst is everywhere and because of it, the songs seem to meld together instead of stand individually on their own.

The standout track, ‘Me & You’, isees the band attempt a ballad. Macintyre’s voice, seemingly isolated alongside the accompaniment of a drifting piano and chiming sonic soundscapes that draw comparisons to the 1975’s second album, is another nice liberation from the cacophony of loud unease that so saturates the album. It is a nice effort, and it makes the intense first half of the record almost worth it.

Marmozets are a band that thrive on angst. They deliver it through the raw nature of their sound, through their acute lyrics and pounding metalcore-slash-pop-punk. It can feel at times, though, of too much of an exhilarating ride, an endless roller coaster that doesn’t provide enough respite. In providing the listener with a journey through their personal restlessness and disquiet, they should make sure that they are delivering wisdom of how best to deal with the anxieties – instead of the very anxieties themselves, as permeated through the thrashing of drums; the shrillness of the vocals; the flogging guitars.

The Thread That Keeps Us