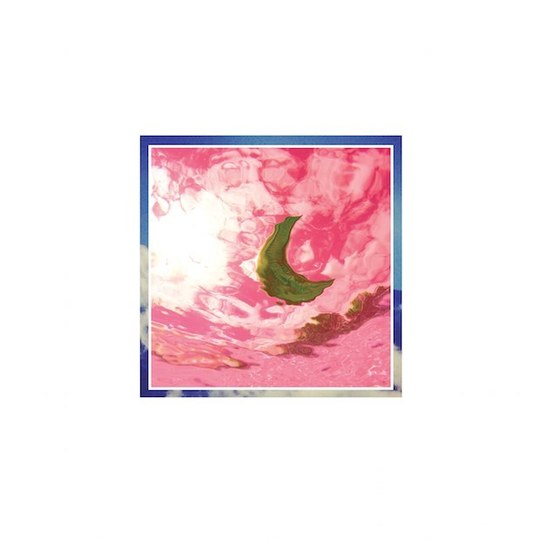 For the curious record geek, Scotland’s artsy wranglers Django Django offered, at the very least, a proposal. Would I fancy a ramble into the wild wests and alleyways of yore, or gaze across horizons to the steam-powered, Krautrock-fuelled future? Should I contemplate the futility of all my actions in the wider scope of the universe, or just pretend that I’m the star of the indie step team? The delight of the double Django’s 2012 debut hinged on that duality – and, with that, the potentially boundless horizon for both the band and their listeners. But, to be blunt, Born Under Saturn didn’t drive anyone that far – though effortless and cool, the 2015 follow-up granted us mostly dust, traces from the trails blazed from before, and only the slightest suggestion from songs like ‘Vibrations’ or ‘Shot Down’ of a second world. The proposal turned cold.

But tally ho! Our boys have returned for a new adventure, with new avenues to entice our curiosity. UFOs that can pack out Madchester raves? Giddy first dates on ancient time-telling devices? A firing line in a tropic-themed dancehall? Fanciful as these flights may seem, Django Django gallop across the many realms of Marble Skies with giddy aplomb, eager to prove that each one’s plausible. Granted, at the end of the day, these are mere escapes, surreal set pieces for a witty travelogue that never happened and never will happen – but hey, fun’s fun, right?

Hold your horses, though. While it’d be easy to plot fantastical journeys across the double D’s third album, we’d overlook some finer details. ‘Tic Tac Toe’ represents the more typical fare of Django Django, i.e. existential conundrums set to high-speed, Morricone-meets-Dick-Dale dust-ups – which, y’know, is still a feat that not most folks can pull off (maybe Tijuana Panthers, though). The title track, on the other hand, flies waaaaaay off script: in a bizarre chiaroscuro between Manheim Steamroller and Santigold, Vincent Neff laments that he’s the sucker in a relationship on the brink: ”Never really read between the lines / never heard a word or saw the signs” Compared to their usual cosmic/comic frameworks for love, opening title track ‘Marble Skies’ yanks the floor out from under the idyllic picture, albeit with all the subtlety of the county fair Gravitron.

Mind, that’s the grittiest we get with Django Django – but we’re only here for the ride, aren’t we? And those determined to enjoy themselves will find much to coo at, like the Supertramp-ish babbling brooks (there’s even a clarinet!) of ‘Sundials’ and the loop-de-loop, howdy-Zombies cocktail party of ‘Champagne’. These are impressive turns in themselves, but it’s ‘Surface to Air’ that stuns with the most abrupt 180; now, after a brief lift-off, we’re dancing slow with Rebecca Taylor of Slow Club to a hacking cough and a breezy beat that borders on J-Hus nonchalance. That is to say, it’s pop, but definitely not pop. Like most of the double D’s handiwork, that sounds completely infeasible, until you actually get up and move to it.

By the home stretch of the journey, though, Django squared test our tolerance for the club life. Honestly, I’m not entirely sure where I stand with the ham-fisted ‘Beam Me Up’, which grafts Depeche Mode theatrics into a Happy Mondays shuffle for maximum cornball effect; something dark and compelling is happening under the surface, but that’s impossible to register under all the flashing lights. But the most redeemable respect of that is the segue into ‘In Your Beat’, an uncanny yet tepid pop 'banger' – uncanny, indeed, because I’m suddenly reminded of being stranded in similar territory with alt-J last year, and I actually fucking miss it. God damn, ‘Deadcrush’ was a TUNE, wasn’t it?

Well, now, that’s weird. You duck your head out, then you dive back in again, and suddenly what seemed like melted celluloid has calcified back into plastic. In the double D galaxy, ‘Real Gone’ could figure as the brightest sun for lightyears: quirky, high N-R-G techno, with twinkling flourishes and a buried narrative on environmental stewardship (think Four Tet in the Twilight Zone, but without a plot) - all the usual madcap wizardry. The real feat is what follows after, ‘Fountains’, a compact little march that beckons like the Pied Piper. The blokes have always goofed too much to fluke sensuality, but there’s some spark of intimacy, which ties off Marble Skies with an unexpected bow.

For the ever-curious record geeks, Django Django at least still offer a proposal. Do you meet them on the dancefloor, or in the countryside? Do you accept the mission into uncharted territory, or turn back into the desert? Granted, now that we’re older, those options don’t lead to the same boundless horizon – and what could’ve been a deeper voyage into the human psyche only pans out as a vacation in futures past.