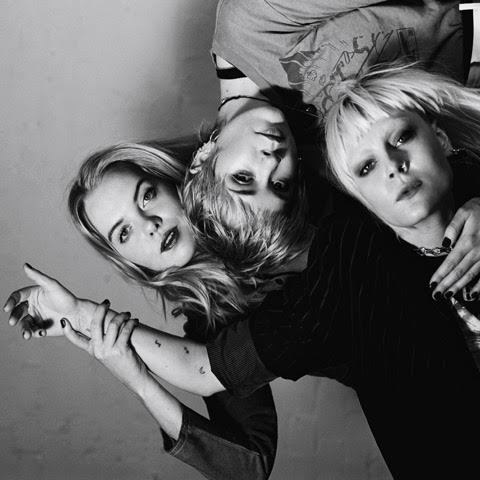 An album that is refreshing in its clarity, its simplicity and its runaway quality.»

Since forming in 2015 as a college art school project, Dream Wife - a name chosen as commentary on society’s objectification of women - have become one of the foremost up-and-coming bands out of the U.K. Now the band release Dream Wife - their debut album via Lucky Number. When it comes to their sound, Dream Wife worships at the twin altars of David Bowie and Madonna. A scene unto themselves, their gigs are a riot of handmade props and stage sets that cover everything from space beaches to haunted graveyards, while their finely tuned show is the product of extreme DIY beginnings. It’s the songs too that make the shows, from the fiery fury of FUU, to the new wave politico-pop of Somebody, and euphoric old school indie hit Fire. These are songs in the classic mould – big, beautiful and crazily catchy. And, of course, there’s the three dynamic women at the band’s core. Get ready to fall under Dream Wife’s spell. For fans of Blondie, Elastica, The Strokes and Le Tigre.
description from www.roughtrade.com