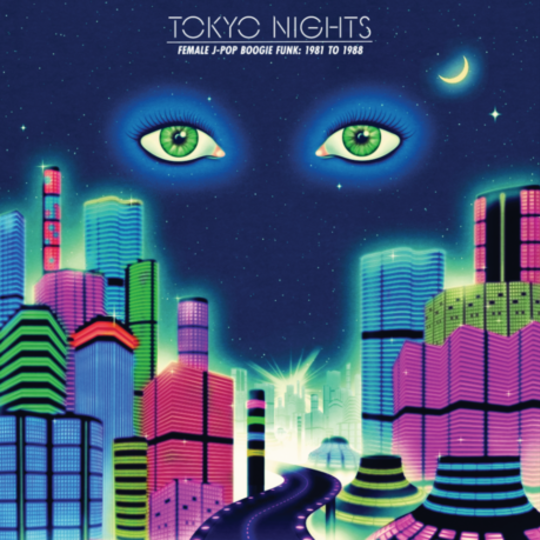 Japan in the Eighties: a time when economic growth was at an average of four percent, GNP was the second largest in the world and unemployment was low. The country began to shift away from manufacturing and towards a more information and computer-based system, led by highly sophisticated technological advances. Even away from financial concerns, the decade also saw the establishment of Studio Ghibli and the popularisation of the likes of Super Mario Bros. and Donkey Kong, helping to take Japanese culture transatlantic.

During this time, many young men and women moved to bigger cities in search of wealth and fortune, finding affluent neon-lit wonderlands where prosperity helped give birth to flashy restaurants and opulent discos. There, a new sound was born, influenced by American R&B and boogie funk: 'City Pop'. As its name suggests, it was a sound designed to be heard in bustling urban environments, something that the opening notes of Culture of Soul’s new compilation takes to heart. For a few fleeting seconds, Hitomi Tohyama’s ‘Exotic Yokogao’ transports the listener directly into those boom times with the lively buzz of chatter and the chink of glasses, as if toasting the success of the decade.

This is Tokyo Nights: Female J-Pop Boogie Funk: 1981-1988, a 12-track collection of some of the best and brightest examples of City Pop, all by female artists. Compiled by Eli Cohen of Alliance Upholstery and Deano Sounds of Cultures of Soul, the selection showcases some of the more unique aspects of the genre. For any listeners expecting a Japanese version of the type of boogie-funk and disco that tore through Studio 54 in the late 1970s, you may be in for a bit of a surprise. Yes, the strong rhythmic grooves and buoyant basslines of the likes of Chic and Parliament-Funkadelic are present here. It comes on strong on the likes of Aru Takamura’s ‘I’m In Love’, which adopts an almost laid-back, understated vocal style that makes it somewhat reminiscent of Diana Ross’s ‘Upside Down’, ‘Wanna Kiss’, also by Hitomi Tohyama, which features a prominent bassline directly taken from Chic’s ‘Good Times’, and Junko Ohashi’s ‘Dancin’, with its vintage chorus of “I’ve got dancin’ in my feet.”

Even on ‘Dancin’ though, there’s more than simply a re-tread of American sounds going on; it opens with an explosion of cosmic, swirling synths and its beats are reminiscent of early house music. Indeed, as Japan itself was becoming more technologically advanced, its music wasn’t about to get left behind. Instead, producers such as Tatsuro Yamashita and Haruomi Hosono were quick to adopt the latest, state of the art equipment, from synthesisers such as the Yamaha DX7 and Moog Polymoog to drum machines such as the Linndrum, with digital reverb being applied liberally.

As the collection’s title may suggest then, what results is a fusion of styles that keeps disco, funk and soul as its foundation, but layers on elements from a variety of other genres. There’s a familiarity to be heard in the underlying grooves, but the City Pop on display here reaches far beyond, giving an almost cinematic, all-encompassing breadth to its sound. Unsurprisingly, it’s J-Pop and power pop that comes to the fore the most in the majority of the compositions, not least in Mizuki Koyama’s ‘Kareniwa-Kanawanai’, possibly the most strident and striking example of City Pop fusion on the collection. An explosion of pounding drum machines accompanies Koyama’s emotional vocal melodies, only for that to be superseded by high-energy electronic brass and a shimmering hook so irrepressible that it’d feel as much at home on the charts as it would the dancefloor.

Not every track here is an instant floor-filler, particularly towards the back of the collection. This doesn’t make these tracks any less memorable though. They evoke the feeling of wandering through the streets in the early hours after a night out, taking in the surroundings in a more contemplative manner. Kikuchi Momoko’s ‘Mystical Composer’ kicks off this more meditative, languid vibe, with Yumi Seino’s ‘Sky Restaurant’ pushing the malleable nature of City Pop to its outer limits. Its mid-tempo pace, stately vocals and squalling, propulsive stadium rock riffs stand far apart from some of the rapid-fire percussion and feet-moving bombast that comes before it.

‘Sky Restaurant’ provides an apt way to close a record that revels in the music that accompanied one of Japan’s most prosperous times. It’s sonically grand, but even its title evokes the sense that in the 1980s it seemed like the sky really was the country’s limit. In 1992 though, the Bubble economy in Japan finally burst. The “Lost Decade” brought recession and economic stagnation, with wages falling on average, financial institutions being bailed out by the government and a number of failing firms becoming unsustainable. For a decade though, it seemed like Japan was on top of the world. Tokyo Nights is the ultimate feel-good record to celebrate those feel-good times.