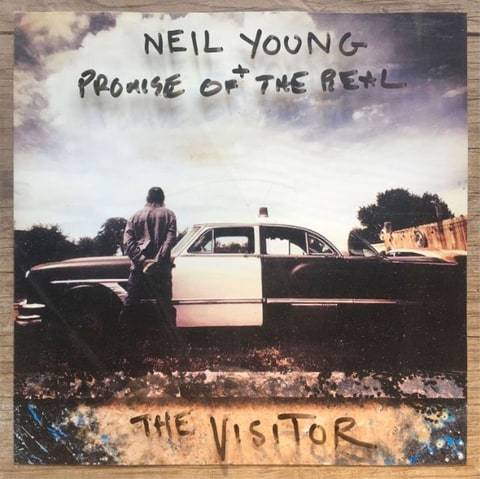 Neil Young & Promise of the Real - The Visitor

Retains an even-temperedness and encouraging viewpoint throughout»

In addition to new single Already Great, the 10-track The Visitor also includes Young's patriotic Children of Destiny, which the rock legend surprise-released on July 4th. Young recorded that song at Hollywood, California's famed Capitol Studios alongside Promise of the Real – led by Willie Nelson's son Lukas – and a 56-piece orchestra; in total, 62 musicians played on the track. The Visitor, also arrives less than a year after Young released his solo Peace Trail in December 2016; earlier that year, Young and Promise of the Real unleashed their double-disc live LP Earth.
description from www.roughtrade.com