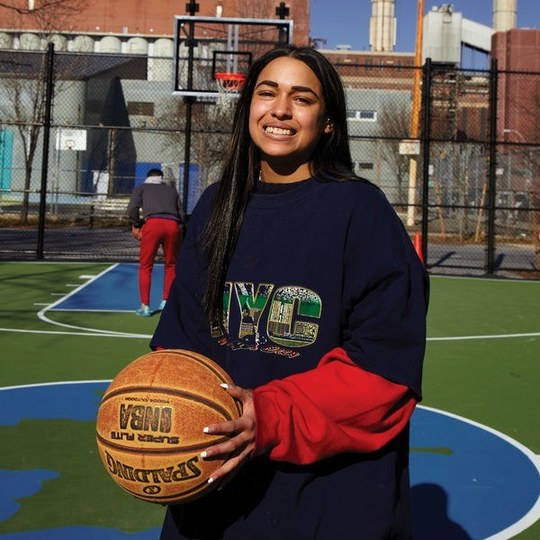 New York City, the birthplace of hip hop, has been screaming out for an heir apparent for years, ever since Jay Z went all weird on us with his multi-millionaire verses. Since then the city has been subject to a whole host of pretenders and false prophets, seeing the city turn its back on rap and start to embrace its rock and roll roots. With Princess Nokia, all of this changes.

Last year the NY native released 1992, a quite frankly ridiculous collection of off-kilter beats, aggressive verses and body positive messages that melted together gloriously to create something that just felt, and sounded, fresh. From the beginning of 'Bart Simpson' right up to the final bars of 'Tweety Bird Freestyle' Nokia managed to break down any remaining barriers in genre, and, more importantly, get people in the increasingly hostile US of A talking about gender politics and identity.

1992 Deluxe is much more than just a cheap re-release of her breakout 2016 mixtape, it’s a complete reimagining. The record features 8 brand new songs that help to cement Princess Nokia as one of the key voices in modern hip hop. Of these new tracks “ABCs of New York” stands out, the track is a love letter to her city of birth, and sounds like the musical equivalent of a sunny day in the city, spent with plenty of orange juice, ice cream and pizza. On the song Nokia covers pretty much everything of musical value that has happened in the Big Apple since the turn of the twentieth century, delivering verse after verse of alphabetised facts that would make Blackalicious proud.

Nokia delves into the past, present and future of hip hop, jumping from sub-genre to sub-genre with relative ease. The wild southern tinged trap of 'Tomboy' and 'Kitana' meld seamlessly into the almost, whisper it, commercial beats of 'Saggy Jeans', proving that when you do something with confidence, you can pretty much do whatever the hell you want.

Grand Finale 'Chinese Slippers' haunted house synth drawls and bouncy beats initially feel like a strange choice for the last track on the record, but after a few a few rounds of the almost painfully catchy “Kentucky fried chicken and a pizza hut” you can’t help but want to visit her weird world of irony, rainbows and funky bass lines just one more time.

The most exciting thing about 1992 Deluxe is that it can clearly get so much better for Princess Nokia. This is only the beginning. With more time and space to create, who knows what she could be capable of? World domination? I wouldn’t put it past her.