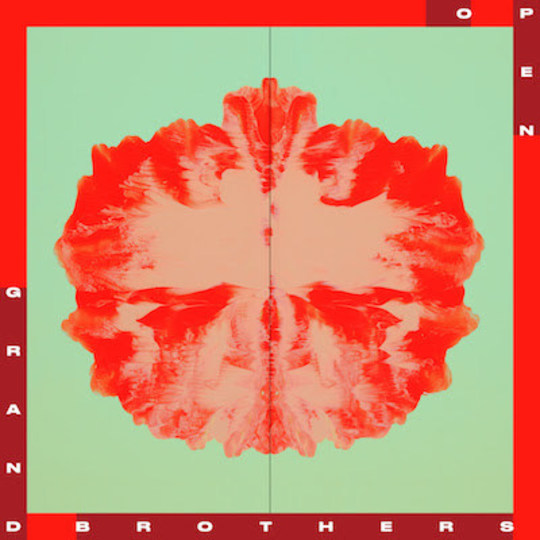 Grocery stores sell mashed avocado in a can, right? Surely they do. This is the twenty-first century, after all, and millenials are too ravenous to sit down and peel anything. So let’s say canned avocado exists. Let’s presume this mush tastes as canned foods often do – structurally flawless, but with no extra flourish or spice save for a tantalising trace of salt. Now say we spoon that avocado straight onto an untoasted slice of white bread, another artificially sound creation. Take a bite, and wa-la – the one dish more bland than avocado toast, a literal marriage of processed wheat with processed fruit. Leave the pair on a plate for long enough, and the poor slice will sag under the weight, and absorb more and more moisture until it, too, dissolves into crushed mush.

Ladies and gents, I give you the only metaphor you ever need for Grandbrothers, the Dusseldorf duo of pianist Erol Sarp and tinkerer Lukas Vogel. The concept of their union seems like a reality show pilot that has yet to be pitched: sit a highly polished musician down at a grand piano, and then let a Swiss mechanic throw open the hood and unleash his own gear to manipulate the strings. Chaos ensues and drives ratings, right? Well, perhaps in their earlier days, like around the time of their actually-intriguing debut Dilation; there, Vogal would sabotage his partner’s already volatile solos, disrupt the pleasant air with aggressive hammers, alter the entire chamber into a classy nightclub. But Grandbrothers have settled down since those first risky gigs, honing and polishing into a more seamless unit where human fingers and mechanical devices become harder to discern. And, frankly, it’s quite bland. Hence the metaphor.

As with most pairings, Open tastes fine on the first few bites. The three-minute intro ‘1202’ slides us nicely into the closest thing Grandbrother might have to a calling card, ‘Bloodflow’. But even there, the duo set us up for a softer landing, with those distinct hammer blows just sailing by now like distant birds on the horizon. Sarp pulls more weight into the equation this time around, as his simple hymnal melodies often overshadow Vogel’s tedious tinkering; indeed, he’s more or less on his own for ‘Alice’, the precious little ditty halfway in. At least, I think. That could be Vogel plucking the flighty accompaniment – I’m never sure who’s who here.

Now, I imagine gearheads could ogle for days over the effects Vogel pulls off throughout. And sure, I’ll admit that some of these ideas intrigue me – like how ‘White Nights’ ripples in slowly, like an early summer storm, or the ghost devices chirping through ‘Circonflex’. But most of these are just too damn long, and don’t develop too far past theme-and-variation rounds. Plus, Sarp taps along at the same stately tempo for nearly all his parts, so every song merges unwillingly into the next. To apply another metaphor (I know, I said we only needed one – I lied) – you know when companies try to find 'hip' and 'edgy' hold music to deploy while they keep you hanging on the line for an entire hour? That’s this – and that’s me, waiting and waiting and waiting for the emotional payoff to cut through my ennui.

To conclude – you remember that Haiku Salut album I marvelled at many moons ago? And how together we mused on the inner workings of communication with media and McLuhan? I sense that Grandbrothers aimed for the same approach – but while Haiku Salut made me ponder about global villages and distant signals, here I can only think of the settings where cuts like the hall of fame inspirational ‘Sonic Riots’ would blend right in: downtime on the Weather Channel, ESPN score reels, educational videos shot exclusively for dentists’ offices. Or, gag – I suspect there are hipster-owned cafés, clubs and grub hubs somewhere in this world, where the ironic dude on the soundboards plays only muzak like this and lost supermarket jingles from the Nineties while you order – what else? – a plate of overpriced avocado toast.