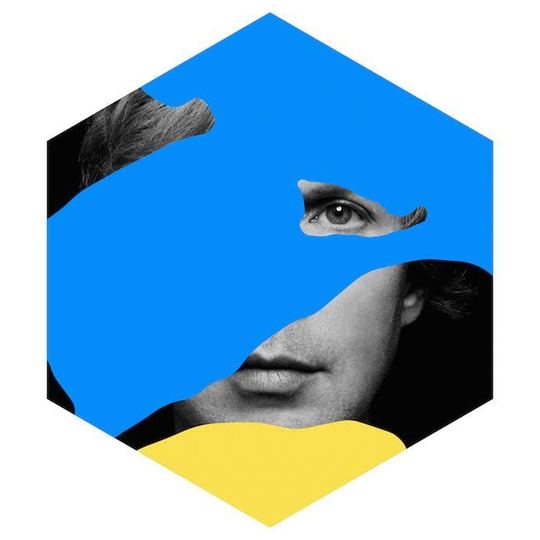 There aren't many (any?) artists who have remained both critically and commercially respected since the early-Nineties Gen-X era like Beck Hansen. Beck's reaching his twenty-fifth year as a recording artist with his thirteenth studio album Colors and, despite openly acknowledging that he is a Scientologist, has remained a valuable asset to American pop, rock, folk and even experimental hip-hop throughout that time. On his previous record, Beck returned to his Folk roots with a decade-on sequel to one of his most successful records - Sea Change - with another equally acclaimed album, Morning Phase which saw him ease into his third decade on the popular conscious.

It is a staggering achievement, but one which is helped by Hansen's ability to shift seamlessly between genres and a knack for a really memorable, catchy song. True to form, Beck follows the super-serious and melancholic Morning Phase with Colors, a more playful pop album, which is not an anomaly for him (Mellow Gold, Guero). However, what is an anomaly for Beck is, this is the first time ever in his career where he appears to be showing his age.

Beck has successfully made worthy and interesting pop/rock music for the majority of his career. Perhaps his most famous album, Odelay!, for all its idiosyncrasies is still very much a pop album at heart. Similarly, his last upbeat album, 2008's Modern Guilt while playing with a garage-rock vibe was still predominantly pop-minded album. Colors. however is the first pure pop album Beck has ever produced, as well quite possibly the first time he's attempted to tap into the cultural zeitgeist of contemporary pop music rather than producing whatever genre of music is inspiring him at the time. That could be slightly unfair, whenever Beck settles on a genre he generally dives in head-first and well produced Pop music is just as valid as any other genre Beck has challenged.

However, when you hear the sandy-blond haired, middle-aged musician on lead singles 'Dreams' (which also featured on the critically panned Tom Hanks and Emma Watson film The Circle) or moreover, the 'dirty South' trap inspired 'Wow' you can't help but feel that this could well be the signs of a mid-life crisis. Beck has dabbled in hip-hop before, especially on The Dust Brothers produced Odelay!, but at an age where he and The Beastie Boys would regularly share stages across the globe as the hottest acts going. Pop music has moved on considerably since then, taking more and more from Rap and Hip-Hop year on year, so to hear Beck performing akin to Taylor Swift or Miley Cyrus is very strange indeed.

This isn't to say Colors is an embarrassment by any means. There are plenty of examples here of Beck's songwriting prowess even through these, pun very much intended, colourful pop songs. The opening title track, in fact, is reminiscent of a classic Beck pop song; densely layered yet expertly produced by pop-guru Greg Kurstin (Adele, Sia, Foo Fighters), catchy yet inventive, it sets the tone for the following 35+ minutes expertly. Similarly, 'Seventh Heaven' is an Eighties-inspired pop gem, sounding curiously like Minus the Bear due to its use of finger-tapped guitars and Beck having a similar vocal tone to Jake Snider, though how of this is a coincidence remains to be seen. Meanwhile, the piano-led, swingy 'Dear Life' while not anything new exactly is a very strongly performed track from Beck who can often rely to rest on such laurels.

The problems start shortly after, however, with the ridiculous power-pop of 'I'm So Free'. Here Beck sounds like Ok Go, a fun if slightly lame pop-rock band known more for their fun music videos than songwriting ability. Here, Beck stoops to a cringe-worthy pre-chorus in which he raps over a singled-out guitar line before jumping into an idiotically obvious (though undeniably catchy) chorus; a jarring thing for any long time Beck fan to hear him produce something so basic. Elsewhere, 'Up All Night' is a fun pop-single but its "party all night" imagery belongs to some pretty young thing than a family man in his late 40s. While finally 'Fix Me' is an actual 'end-of-album-ballad' which, given its title and themes, immediately reminds one of Coldplay's similarly titled hit.

Colors is a bizarre experience for any previous fan of Beck, whose enjoyment of this record will be determined whether they can get over this jarringly "mainstream" record. Beck's long-lasting acclaim exists largely because of his ability to always remain on the fringes of mainstream pop as something of a modern-day David Bowie-esque oddity. Bowie went through an uncool patch , just as acts like Beck were coming to prominence for the first time, but would later re-assert himself as the master of experimental pop/rock music, so it's wholly possible Beck will do the same, given his largely flawless (until now) track record.

It is also highly possible that Beck, famous for his self-deprecating sense of humour since his first breakout single, is largely trolling music critics by writing such a straight-forward and youthful record with a hugely notable pop producer, after his melancholic previous record. Whether Colors will be a success within the pop world it is clearly aimed at remains to be seen, but one suspects even pop fans will see through this for it appears to be: an album documenting a mid-life crisis.