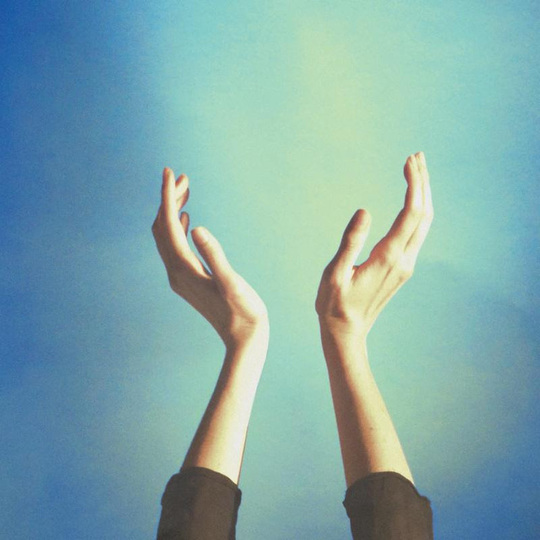 By the time Cults had released their debut album, the continued existence of the Manhattan duo already felt like a survival fight. While breakout hit and 2011 ubiquity ‘Go Outside’ gambolled through its four minutes with the insouciant, no-fucks breeziness of its contemporaries (Sleigh Bells’ ‘Rill Rill’, Chairlift’s ‘Bruises’), it also revealed glimpses of a heaviness that no glockenspiel could carry. Above all, they faced the dread fate of creating a cute hit: moving on from it. Now on their third album, Offering finds the band exploring the scope of their natural ballast with some of their darkest songs to date, while simultaneously sounding freer than ever; no longer one-hit wonders, theirs proves to be a robust kind of levity.

In truth, Madeline Follin and Brian Oblivion have always pitched closer to cinematic gloss than indiepop’s rougher edges, though part of the pair’s charm remains the success they glean at the intersection of the two. On this occasion, tracks like ‘Right Words’ and ‘Natural State’ continue the winning formula they honed on those first two records, the dreamy collaborations between Follin’s cooed backing vocals and Oblivion’s iPhone Spector production that tick all the usual boxes. These are the moments that feel most in stasis from 2013’s Static: utterly efficient, Cults-by-numbers dream pop, still way more fun than most bands in their orbit.

Likewise, the Sixties girl group signifiers remain splashed across most of the record, which are almost entirely enjoyable. Only the ‘Be My Baby’ drum beat of ‘Clear From Far Away’ feels a little saccharine at first approach – forgive me if I still celebrate each day since the demise of Allo Darlin’ – but repeated listens reveal that even those cutesy touches are offset by the sonic grandeur that surrounds them. Far from diminishing the record, in fact, it’s the more traditional harmonies and chord progressions on Offering that provide the backbone for its more deluxe moments.

It’s not uncommon for bands of Cults’ stature to supersize their sound at album number three, of course. A cursory glance at the decade’s synth-driven dream pop offers a couple of pertinent exhibits: Ghostory and Teen Dream both expanded on School of Seven Bells and Beach House’s respective templates without compromising on intimacy. (There’s certainly a fight on between ‘With My Eyes Closed’ and ‘Gilded Lily’ as to which most brazenly stakes the Baltimore duo’s territory here.) Pink Floyd were even cited as an influence during the recording of Offering, which sounds a bit of a stretch – right up to ‘Talk in Circles’, the beginning of a remarkable trio of songs that close out the record.

But it’s the titular opening track – and like all great openers, one that could function as adeptly in epilogue as the prologue form it takes here – that defines Cults in 2017. Like Static, the title is open to interpretation: does this ‘offering’ operate as verb or noun? It appears the latter. “Hanging at the end of the road,” Follin sings over the stunning chorus, “Well, I could make you an offering.” And what is the offering? “We were trying to make a jam about finding hope in what can seem like a hopeless situation,” the singer explains in the press notes. “It's hard these days to feel like you're being heard, or like the people who might hear you care enough to look outside themselves and help you.”

The offering, then, is hope – against the wall, against the odds, against a world in flames. It might sound trite, but for a band long since written off as blog-buzz ephemera, it frames their return in the redemptive context it deserves, because it just so happens that Offering is also Cults’ finest work to date. At their best, they offer a hymn to the inexhaustible spirit of hope; at the very least, they have proven they can survive the whims of an increasingly fickle market. I’ll call that a win.